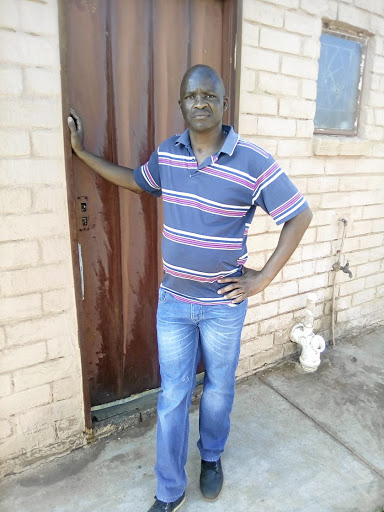 Tshepiso Mosibi still can't get by with a R4,500 allowance.

Tshepiso Mosibi still shares an RDP house with five members of his family, yet he was compensated millions of rands by the Road Accident Fund in 2014.

In 2017, he approached Consumer Line after he discovered that RAF paid a compensation of R2.4m into the trust account of his attorney, Molema Mampuru, who did not disclose this information to him for three years.

After Consumer Line's intervention, his compensation was paid to his curators trust account and proceeded to receive R4.500 a month to take care of his daily needs.

Mosibi is now having a second hurdle with the curator ad litem Rose Nonyane on who was appointed to administer the compensation he received from RAF.

Though Nonyane undertook to attend to Mosibi's wellbeing in 2017 as soon as she received the funds, she has maintained the same status quo as Mampuru did, Mosibi said.

"She pays the same R4.500 I received from Mampuru and has not bothered to visit me in order to evaluate my living condition and needs," Mosibi said.

Mosibi claims that Nonyane blocked his calls and he would only get hold of her if he changes sim cards or use different cellphone numbers.

All he wants is an improved living condition for himself and his family, he said.

"I'm the breadwinner in this incapacitated state and want to fend and improve the lives of my children and my unemployed wife," he said.

Mosibi was compensated R2.4m in September 2014 after he was involved in an accident which rendered him incapable of managing his financial affairs, he said.

"The fact that I had a head injury does not mean I do not know what's best for me and my children," he said.

He also claims that his curator did not disclose the amount received from his previous attorney.

He is now having a challenge with his curator bonis Nonyane who has not bothered to visit him in Kuruman, Northern Cape, to assess and improve his living conditions, he said.

Mosibi, 37, was involved in a road accident which left him with a head injury in 2009.

He was hitchhiking to visit a friend in Batlhoros village when the accident happened. Mosibi did not reach his destination and woke up a few weeks later in hospital.

He had been in a coma due to the severity of his injuries.

When Mosibi was discharged from hospital, he was approached by a neighbour who referred him to Molema Mampuru Inc Attorneys.

With the help of his family, they travelled to Pretoria to meet with the attorney to lodge RAF claim.

The firm got R2.4m compensation paid into its trust account in September 2014.

With the help of his relative, Pule Boraki, he also discovered that Nonyane was appointed as the curator bonis to administer Mosibi's finance.

Mosibi started receiving an allowance of R4.500 a month after Consumer Lines intervention in 2017.

However, at the time of Consumer Line's intervention, Nonyane Inc had also not received Mosibi's compensation from Mampuru Inc Attorneys.

Fast forward to August 19 2019, Mosibi now accuses Nonyane of neglecting to take care of his needs.

Mosibi said getting his curator was cumbersome, because Nonyane blocked his calls.

He said Rose could not respond to Mosibi's allegations as she has been appointed as an acting judge in high court from August 20 to September 20.

Nonyane said Mosibi has not been cooperating when asked for more information on the amount he needed to be set aside for the house he wanted to buy.