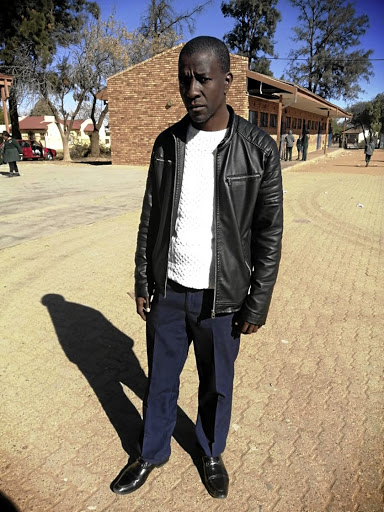 A Mahikeng teacher is fuming after a Sanlam agent allegedly misled him when he sold him a funeral cover three years ago.

Goodwill Sethusha, 45, says the agent has been selling insurance cover to fellow teachers at a school where he works. The father of two said the agent kept on pestering him about the benefits he would enjoy after buying the funeral cover. These included a cashback of about R15,000 to R18,000, depending on the premium he paid.

Sethusha said he did not want to take another cover as he was sufficiently covered.

"I will only die once and I need one coffin, so there was no need to take an extra funeral cover," Sethusha said.

He said he succumbed to pressure when the agent visited him at his house, claiming that he happened to be in the neighbourhood, because one of his clients had to sign a cashback form.

"Based on the package and the benefits he offered, I then reconsidered my initial decision and took the funeral cover, adding it to my existing funeral policies with Sanlam," he said.

Sethusha said he made it clear to the agent that he would not be expecting any hassles if he happens to qualify for the premium cashback bonus in future, as he had experienced a similar problem with Sanlam before.

After signing the cover, the agent promised to deliver a copy of the contract but to this day, Sethusha hasn't received it.

Contrary to the Financial Advisory and Intermediary Services code of conduct, the agent did not confirm the oral information in writing within 30 days.

Sethusha said the agent knew he had similar covers, but continued to sell him something he did not need.

Sethusha said he is entitled to a fair and honest dealing.

Section 40 of the consumer Protection Act states that it is an unconscionable conduct for an agent to use undue influence or unfair tactics when negotiating an agreement to supply goods or service to a consumer.

"I think he took advantage when he saw an opportunity to make a quick buck and kept me bound to this contract for three years while he earned commission from his misrepresentation," Sethusha said.

The three-year period without claim passed in January this year.

He was shocked when the Sanlam offices in Pretoria told him they did not offer any three premium cashback bonus.

"I believe their agent intentionally misinformed me so he can add a client to his portfolio and earn a commission," he said.

Sethusha said he also did not read the terms and conditions of the contract he signed as the agent told him all was above board.

Sethusha said he had plans for his cashback and warns anyone who buys insurance cover to make sure they get their contract within 30 days after signing.

He said had he received his on time, he would have cancelled it three years ago.

Sethusha said he was offered a refund of only two premiums after complaining to a Sanlam manager that he was induced to enter into the contract as their agent misrepresented their product.

"I do not think Sanlam should benefit from this deal which was concluded to enrich their agent at my expense, they must refund all my premiums," said Sethusha.

Nkateko Shivambu, who heads the clients service department at Sanlam, said the product Sethusha took out and signed for does not include a cashback benefit.

Shivambu said all benefits were referenced in the product terms and conditions and a copy of this would have been given to Sethusha at the point of sale.

"We will, however, investigate the circumstance that led to the misunderstanding."