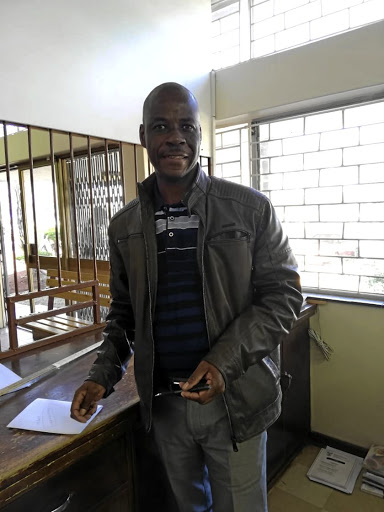 Jimmy Kgamane says Standard Bank has been short-changing him since 2005.

Jimmy Kgamane claims that Standard Bank has unduly enriched itself by deducting R24,150 from his account for a credit card he never received.

Though the bank acknowledges that Kgamane never collected the credit card, it is only willing to repay him R2,200, he said.

Kgamane, 47, of Mathibela village in Zebediela, Limpopo, said he applied and received a BlueBean black credit card which is affordable and beneficial because he could repay as little as R150 every month.

Kgamane said he qualified for this credit card because he earned about R5,000 per month and had a good credit record. He said the BlueBean black credit card was part of Standard Bank package which offers credit cards to "low-paid" customers. He said he was very pleased when he qualified and got the card.

Kgamane said to avoid temptation of buying spontaneously because of the availability of funds in his credit card, he decided to close the account after paying off his debt. That's when his agony started, he said.

He said the deductions did not stop, and he phoned to inquire. "I was surprised when the lady who answered the phone asked which credit card was I inquiring about. To my knowledge, I only had the BlueBean credit card," he said.

It was only then that he discovered that he had another Standard Bank credit card account which he knew nothing about, he said.

He also discovered that he has been paying R150 per month since 2005 for the second credit card even though their system showed that the unsolicited card that was sent to him was returned to the bank because he did not collect it at any branch.

"For the past 161 months they have been deducting R150 from my account, totalling R24,150 which enriched the bank unjustly."

Avoid being listed at credit bureaus when you cannot pay debts.
Opinion
2 years ago

Kgamane said he thought the R150 deduction was one of the charges he had to pay for using the BlueBean credit card. "I never queried it and thought it's their service fees," Kgamane said.

However, the bank official who helped him said he was only entitled to a refund of R2,200, an offer he rejected with the contempt it deserves, Kgamane said.

On July 1, he received a text message stating that his matter has been resolved, but no refund had been processed.

Ross Linstrom of Standard Bank said despite Kgamane not collecting the credit card, the bank had charged him a R30 monthly service fee since January 2017.

"There was also an automatic payment order that went off the customer's transactions account and credited to the card in question," Linstrom wrote in a statement to Consumer Line just in time for deadline yesterday.

"This is due to Mr Kgamane and the credit amount will be paid to him. This amount includes the monthly service fees that were levied on the card from February 2017."