Mom of six driven round the bend 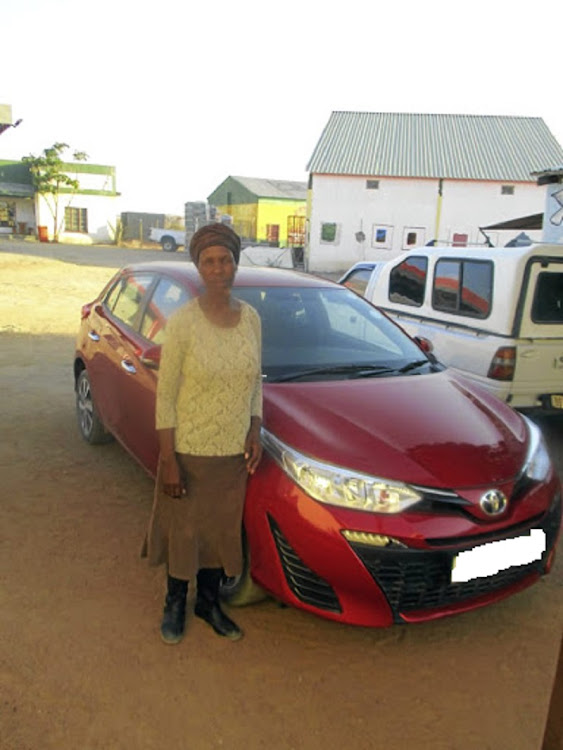 Phuti Sepirwa of Modimolle in Limpopo wanted to spoil herself with a brand new car but ended up being miserable for the past 19 months.
Image: Supplied

Phuti Sepirwa only bought one car cash from Opel Hoffman Holdings in Modimolle, Limpopo, but claims that Wesbank also debits her account for the same car she paid in full.

However, Consumer Line's investigations reveal that she bought two cars, an Opel Corsa, which was settled in May last year and a Toyota Yaris, which has not been settled yet.

Sepirwa, 50, said she had been miserable for the past 19 months after paying finance charges she wanted to avoid.

Sepirwa approached Isuzu Hoffman Holdings to buy a brand new Toyota Yaris in December 2017, which she claims she signed for. She said to avoid finance charges, she bought her car cash.

Sepirwa said her misery started in January when she noticed a debit order of R3,000 going off to Wesbank. At this stage she had not even received her dream car, she said.

When a second debit order went through, she called the dealership to inquire and was provided an Opel Corsa to drive while waiting for her Toyota Yaris.

"I told the sales person, Kgothatso Mashamaite, I never bought an Opel and demanded papers for the car I bought," said Sepirwa.

She said Mashamaite promised to deliver the car and the papers to prove that she bought it in full, but this has not been the case.

"The car was dirty and with muddied tyres though he claimed it was couried by a truck," she said.

When the Opel was collected, she was asked to pay a rental fee of R4,275, though that was not the agreement.

Though Opel Hoffmann Holding's receptionist confirmed receipt of Consumer Lines inquiry, it had not responded at the time of the publication.

Responding on behalf of Wesbank, Mpho Singo said Sepirwa had two accounts for two vehicles with the bank

"One account number belongs to a Opel Corsa 1.4, which is fully settled with the last debit in May last year.

"The second belongs to the Yaris, which has not been settled," Singo said.

Section 40 of the Consumer Protection Act states that it is an unconscionable conduct to use unfair tactics when negotiating a contract with the consumer.

"It is unconscionable for supplier knowingly to take advantage of the fact that the consumer is substantially unable to protect their interest because of ignorance, illiteracy, inability to understand the language of the contract, or any other similar factor."