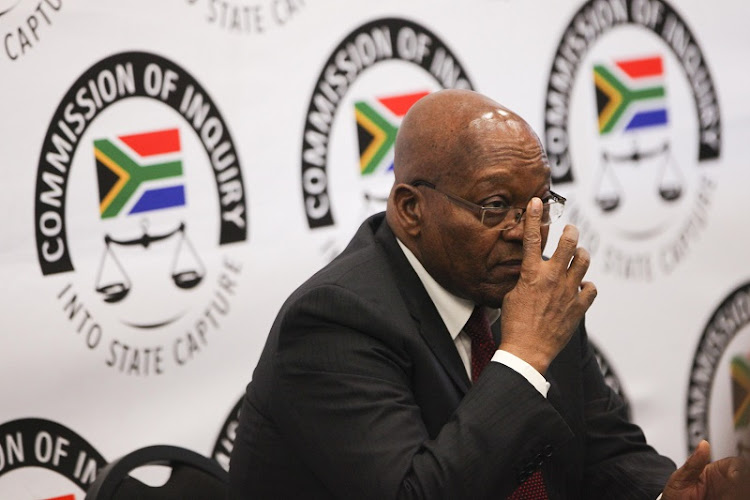 This agent is so feared that, not just one, but three intelligence agencies from three different countries conspired to do anything in their power to stop our super agent.

For almost three decades they tried everything to derail him. First they waited until he and his then friend Thabo flew out on an international trip in 1991 before they replaced him with a man called Terror as head of ANC intelligence.

When he retreated to the kingdom of the Zulus where he tried his luck at being the first premier of KwaZulu-Natal, the foreign agencies poisoned the minds of citizens there making them vote for the IFP.

Fearing that our top spy would make his comeback to national politics, they then enticed his friend Schabir to engage in some corrupt activities that would implicate our otherwise innocent agent. But he still made it back to the top, this time as ANC and the country's deputy president.

So the three intelligence agencies then got a prosecutions chief and the Scorpions to pursue criminal charges against Schabir and our agent. But that only made him even stronger to successfully challenge for the highest office in the land.

Sleeping with the enemy

As president our chief spy could have used his power to chase after the treasonous souls who connived with the foreign agencies to destroy him. But he was a nice guy, so he decided to instead appoint some of them into sensitive positions in his cabinet and parliament. However, these agents of darkness continued trying to destroy our super-spy.

He was building himself a nice rural retirement home on the banks of Thukela River in Nkandla when they tricked him into accepting R246m from public coffers to upgrade the homestead. And then they had the nerve to blame him for all of that, when they were responsible!

Civil proceedings to recoup about R155m from the architect of former president Jacob Zuma's KwaZulu-Natal homestead may get under way only next year.
News
2 years ago

By this time the foreign agencies had won over a public protector into their scheme, who found that agent Zuma - also known as Baba - had done wrong in allowing for the upgrades.

But he continued running government.

So they went for his other friends, the Guptas. They concocted a story about the family capturing the state. So what if Baba allowed the family to land a plane at a national key point in contravention of the rules?

Rules are meant to be broken, aren't they? Unfortunately, by now the foreign agencies had poisoned enough South Africans and ANC leaders to make it possible to topple the top spy from high office.

Tip-toeing out of trouble

He went quietly, retreating to the hills of KZN where he spends much of his time enjoying pedicures and manicures while his lovely third wife Tobeka tweets about it.

Tlhabi laughed at Zuma's allegations, saying she was surprised that she is making a movie.
News
2 years ago

But still the foreign agencies are not satisfied, sending advocate Paul Pretorius to "bury him" at a commission Baba himself appointed. So our agent had to find the way of escaping the commission on his third day on the stand.

Vera has just one question. Why would foreign agencies go to such lengths against a spy chief who, by his own admission, was so bad that he knowingly allowed an "apartheid spy" to work as Oliver Tambo's PA and another one to rise so high in the ranks that he became the chief of staff of Mkhonto weSizwe as well as first commander of a free SA army?

Surely the foreign agencies should have been happy with Zuma because, by his own version of history, he protected and promoted those who had infiltrated the liberation movement and the ANC government for treasonous objectives.

Labelling someone a spy, impipi, mdlwembe or mthengisi was tantamount to sentencing them to death.
Opinion
2 years ago