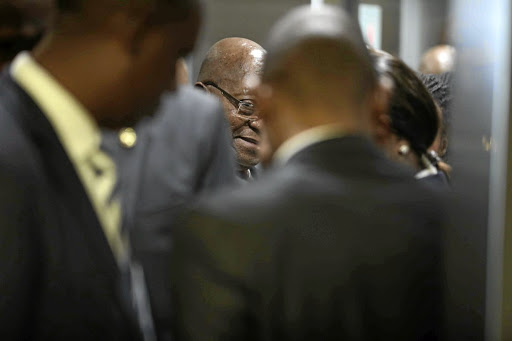 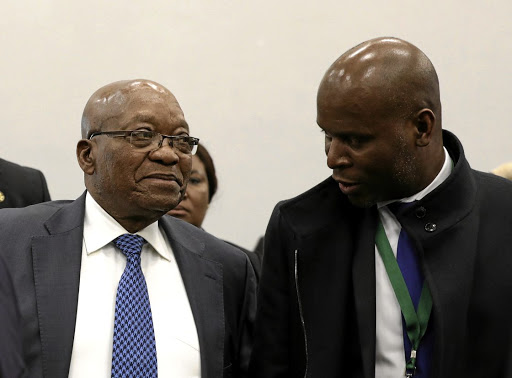 Former president Jacob Zuma's continued participation in the state capture commission hangs in limbo as he might not return to the stand that's meant to "bury him".

This is according to his legal team, after the commission was adjourned until tomorrow after Zuma's lawyers accused the commission of luring their client to a witness stand "under false pretences".

They argued that evidence leader Paul Pretorius disregarded the agreement when he proceeded to "unfairly" cross-
examine the former president on the evidence of other people, not his.

Zuma's instructing attorney Dan Mantsha said the former president "was not prepared to continue" on the stand if the commission's legal team did not change its approach.

"He is obviously not prepared to participate in a commission which is meant to be his grave," Mantsha said.

He said the former president would continue to participate in a commission "which is impartial, fair, not biased and not targeting him as an accused person".

He said whether or not Zuma comes back to the commission tomorrow solely rested on commission chairperson deputy justice Raymond Zondo, who will have to "create an environment where fairness is seen, where the perception of bias cannot arise".

Since he began giving his testimony at the state capture commission of inquiry on Monday, former president Jacob Zuma's lawyers have complained about ...
News
2 years ago

Mantsha said if the commission wished to cross-examine Zuma, they would have to make an application which he said they would oppose.

Yesterday, proceedings came to an abrupt end after Zuma began complaining about the questions that were being posed to him shortly after the lunch break. Zuma complained that he was being asked details of incidents he had already indicated he did not know of or had not been part of.

These included meetings he allegedly had with then cabinet minister Barbara Hogan, and an alleged phone calls to Collins Chabane and former government spokesperson Themba Maseko.

"I have a problem if the commission is looking for that kind of detail. That now I must go through the detail, page by page, paragraph by paragraph," Zuma said.

... that could have adverse implications on his credibility when a report is eventually released

He said he felt that he had been "cross- examined very thoroughly on these things."

"I don't know what will be the outcome. Even if I have given the answer, we still go to the details. For me, what other answer must I give that will make the commission to be satisfied?" Zuma asked.

Zondo intervened and tried to explain to Zuma that the commission needed to get "full picture from all sides".

Mantsha said Zuma's concerns were that he could not recall details of some of the meetings and alleged phone calls which he was being questioned on and that could have adverse implications on his credibility when a report is eventually released.

Mantsha said it was impossible for their client to remember every details of every meeting or document that landed in his office as the then head of state.

Former president Jacob Zuma has sought to distance himself from the redeployment of Themba Maseko from GCIS to the department of public ...
News
2 years ago

Zuma denies ever being at the Gupta house with Mentor

Former president Jacob Zuma has denied ever being at the Gupta compound in Saxonwold at the same time with former ANC MP Vytjie Mentor.
News
2 years ago
Next Article