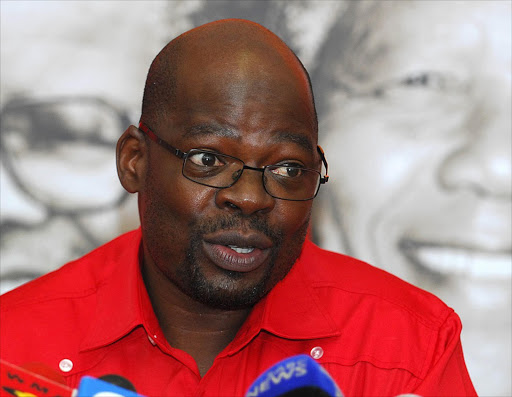 According to SACP first deputy secretary Solly Mapaila, “made-up” allegations by Zuma that former SANDF commander Siphiwe Nyanda and former cabinet minister Ngoako Ramatlhodi were spies are irresponsible, reckless and were meant to divert the commission from uncovering the rot of state capture in the country.

“… what we then heard [at commission] was a massive diversionary story from the real content of issues and we have then said even this question about allegations of spying we felt they were irresponsible utterances, reckless and not actually even belonging there,” said Mapaila.

The SACP is a strong ally of the ANC and a member of the tripartite alliance along with Cosatu.

Mapaila’s comments could be the first signs of a possible showdown at the alliance’s next meeting, especially after ANC secretary-general Ace Magashule – a known ally of Zuma – called on the party to investigate the spy claims.

Although the ANC has not communicated its official stance on the allegations made by Zuma, Magashule’s call for an investigation and Mapaila’s criticism show that the alliance is likely pulling from different sides.

Mapaila believes that the spy allegations are made up because Zuma has never said anything about them before even though he was head of intelligence and went on to appoint both Nyanda and Ramatlhodi in his cabinet.

Nyanda was commander of the army between 1998 and 2005 before Zuma appointing him minister of communications in 2009. Ramatlhodi also served under Zuma’s administration in various positions, including that of minister of correctional services, mineral resources, and public services and administration.

Mapaila said that it does not make sense that Zuma would have appointed people who worked for the apartheid police.

Did Jacob Zuma knowingly appoint a spy into his cabinet not once but three times? This is a question former public service and administration ...
News
3 years ago

“We are quite shocked that a president who has presided over the ANC, who was deputy president of the country before, would have allowed these comrades to hold senior public office when they worked against the values of this democracy.

“We felt that it was quite unfair for him. Why would he even appoint these comrades, both of them, as ministers in his cabinet when he knew all along that they were spies,” he said.

Mapaila defended both Ramatlhodi and Nyanda who he said gave their all to fight for freedom.

“Comrade Nyanda comes from a family that given itself to the liberation of this country, he lost his own brother in Swaziland, killed by the apartheid government, today he’s alleged to have worked with the apartheid enemy and why would he [Zuma] even allow him to be chief of our army,” said Mapaila.

Nyanda earlier told Sowetan that he was considering taking legal action against Zuma while Ramatlhodi challenged him to a lie detector test.