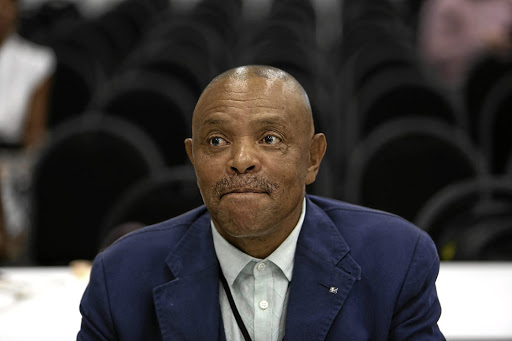 Former South African National Defence Force head Siphiwe Nyanda has vowed to ensure that former president Jacob Zuma accounts for the claims he has made at the state capture commission.

Nyanda told Sowetan Zuma cannot be allowed to make spurious allegations and get away with them.

Nyanda was speaking to Sowetan following allegations made by Zuma that he had links to apartheid police during apartheid.

"I am taking advice on the matter. Of course he can't be let to say these things and get away with them. There will obviously be a response somehow, somewhat," Nyanda said.

Zuma also told the commission that former cabinet minister Ngoako Ramatlhodi was a spy recruited during his studies in Lesotho.

According to Nyanda, Zuma was making claims in order to avoid dealing with questions around how corruption flourished under his presidency.

"He's trying to avoid the things that he's supposed to do before this commission which is to give evidence on the allegations against him," he said.

"Truth of the matter is he was going there to give evidence on state capture and the corruption that went on in government during his tenure in office and he's avoiding all that throwing mud all over the place."

Nyanda was among those who were instrumental in making sure Zuma ascended to power at the 2007 ANC Polokwane elective conference.

He said Zuma was probably bitter, because his tone had changed and he called for Zuma to step down.

"I'm actually not surprised, because I'm one of the people who have consistently called on Jacob Zuma to step down, because I think he was toxic to ANC. I'm one of those who said he must step down and save the ANC. At the time we were calling for him to step down, I had no dislike of him. I had no personal desire to see him down. I have never had any hatred of Zuma, but I had love for my country, I had love for my organisation."

Did Jacob Zuma knowingly appoint a spy into his cabinet not once but three times? This is a question former public service and administration ...
News
2 years ago

Former president Jacob Zuma has sought to distance himself from the redeployment of Themba Maseko from GCIS to the department of public ...
News
2 years ago
Next Article