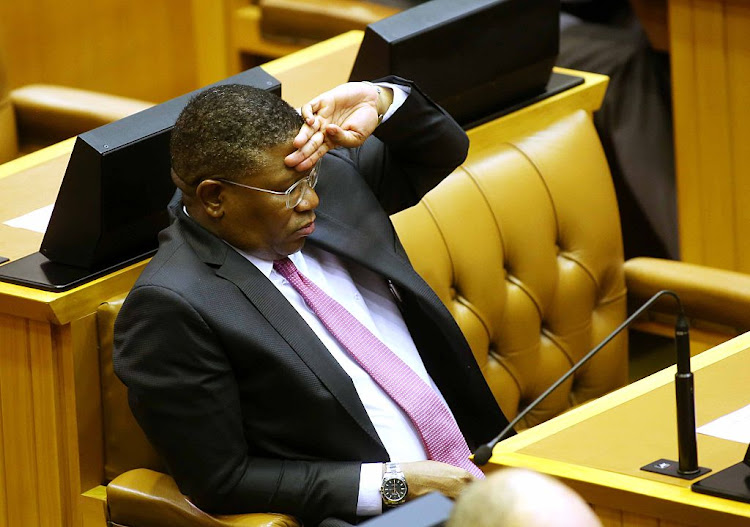 Business mogul Johann Rupert's apparent denial of ex-president Jacob Zuma's claims that the billionaire had threatened to collapse the economy has now put the spotlight on Fikile Mbalula.

Mbalula, who has been mentioned by Zuma as having told him that Rupert had threatened to collapse the economy if Pravin Gordhan was removed as finance minister, refused to comment on the matter yesterday.

Rupert apparently responded via Twitter to Zuma's claims with a single word; "Mythomaniac", which according to Collins Dictionary refers to a person that has "the tendency to lie, exaggerate, or relate incredible imaginary adventures as if they had really happened."

A screenshot of the one-word response, made from Rupert's protected Twitter account, under the handle @cutmaker was doing rounds on social media.

Zuma told the Zondo commission that Mbalula once relayed the alleged message to him from Rupert.

Mbalula, the ANC's election head in the 2019 elections, could not confirm nor deny the claims when approached by Sowetan.

"I've got no comment with resident Zuma's appearance at the commission. Why should I comment on his testimony?" asked Mbalula.

Gayton McKenzie, a reformed gangster, now businessman and motivational speaker, also wrote about the allegations in his book Killing Zuma by All Means Necessary.

Former president Jacob Zuma couldn't recall some of the events he was asked about as his memory seemed to fail him during his second day on the stand ...
News
2 years ago
Next Article