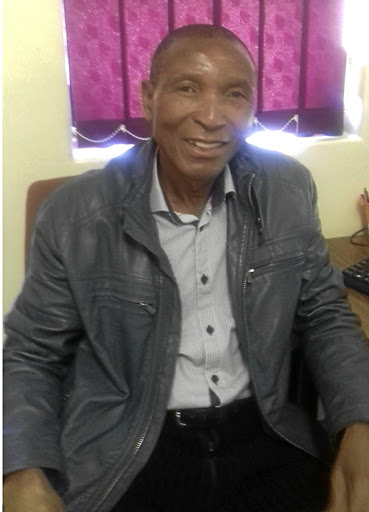 Pappie Mashike's claim has now been sorted out.

When Pappie Mashike bought a BMW in 2014 he ensured that he bought car insurance to protect his car in the event of damage or theft.

Mashike, 61, a lecturer at the University of North West, said he also wanted to ensure that he did not have a debt in the event that his car was written off after a road accident.

But the opposite happened after his car was written off, he said. MiWay only paid R135,000 to settle the balance of his debt when its settlement figure was R261,145.

This was also far less than its book value, he said.

He was left with a shortfall of R132,146 which gave him sleepless nights, he said.

This will, however, be a thing of the past as MiWay has agreed to pay the full settlement amount after Consumer Line's intervention.

On March 16 2019, Mashike's car was damaged by a negligent driver who failed to stop at a 4-way stop junction, he said.

His BMW was written off even though MiWay's agent who handled the claim had not seen it, he said.

Help is on the way for widow

Woman to get hubby's benefits
Opinion
2 years ago

"I was not aware of his visit then, and could not take his call as I was attending a memorial service of a colleague," Mashike said.

But he later made an alternative arrangement with Mofokeng who promised to come back for an assessment.

Though offered a courtesy car which should be for a month, his was shortened to 10 days only, he said.

"Efforts to have the number of days extended for the courtesy vehicle were flatly refused by Mofokeng and I was upset with that kind of treatment, for a friend of mine was offered a courtesy vehicle by MiWay for a month."

Mashike said Mofokeng later requested him to provide the settlement amount for the car from the service provider financing the vehicle.

"On three different occasions, I sent the settlement amount from BMW Finances, which was R261,145.25 but Mofokeng promised that MiWay will pay R187,690, which is an amount equivalent to the book value of the vehicle."

An alarming rate of young women are being diagnosed with cancer.
News
2 years ago

Two weeks ago MiWay paid an amount of R135,000 to BMW Finances, which is not the book value of a BMW 320 Mofokeng gave telephonically.

"No explanation was provided as to why the book value was suddenly changed."

Mashike said he felt he was treated shabbily. He said he paid his premiums every month without fail and this was his first accident and claim since he signed up with MiWay. "I do not know what I did wrong to deserve this treatment from MiWay and its agent," he said

Mashike said at first he thought they paid a lesser amount because he had insured the car's market value and not its retail value.

He was shocked when he discovered the correct book value at a local BMW dealership, he said. "All I want is for MiWay to honour my contract and pay a correct amount for my vehicle."

She said MiWay reinvestigated his matter and this resulted in the proper identification of the car.

"We have committed to paying the difference in the settlement amount as soon as we receive the necessary documentation from the vehicle financing provider of Mashike."

Moloi said Mashike elected an option for 10 days of car hire and not for 30 days.

Mashike confirmed that this has been sorted.

"Thanks a million times for the help you provided. Now I have peace of mind that the matter can be laid to rest, and we have won," read his e-mail.

The retail value of a car is usually the higher value than the market value.

In insurance terms, this means that if your car is covered for its retail value and it is written off in an accident or stolen without being recovered, the settlement amount will be based on the car's retail value;

If your car is insured for its retail value, it will be much easier to replace a damaged or stolen car with a similar make and model;

The market value of a car is almost always lower than the retail value and takes into account a number of variables, including mileage, condition; and

If you were to sell your car privately, the market value would be the price that you could likely sell it for.

Because this figure can vary from car to car, short-term insurers need to find a way to standardise the market value.

The reasonable market value uses the retail value as the base and takes into account the amount of kilometres on your car's odometer, the condition of the car as well as any extra items added to the car.

Consumers are often surprised to learn that insurers can prove reckless driving and reject claims for motor vehicle damage, says the industry ...
Business
2 years ago

Car insurance disputes comprised almost half of the about 9,800 formal complaints, according to the 2018 annual report of the ombud.
Business
2 years ago
Next Article