Help is on the way for widow 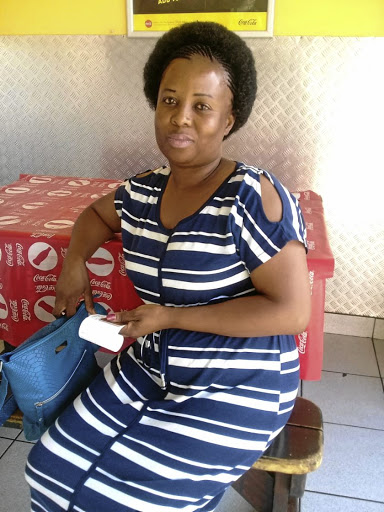 "Every dark cloud has a silver lining!" so goes the old idiom.

Help is on the way for Keromang Matjiane, whose husband has passed away, leaving her with a lot of debts to pay.

Matjiane complained that Assupol Insurance had declined to settle her death benefit because her husband's postmortem report is silent about his alcohol consumption, and that the Government Employees Pension Fund (GEPF) has not paid out her husband's pension funds to his beneficiaries.

Following the publication of her plight in Sowetan on June 3, Nondumiso Masondo of Schoeman Sejwane Grobler Attorneys and administrators of estate, showed interest in her matter and offered to help her write off her late husband's debts. Masondo said this is done if the deceased's estate is insolvent.

Masondo said a deceased estate is insolvent where the debts are more than the assets. She said this is not necessarily bad news for spouses married in community of property as it can benefit the surviving spouse in certain instances by leaving them debt-free.

Masondo said when Matjiane married in community of property, all her assets and those of the husband were deemed to be one joint estate.

She said that meant the husband and wife's debts are consolidated to be paid off from one joint estate.

Where one spouse dies, the other is left with debts accumulated during the course of the marriage, said Masondo.

"This adds to the family's trauma and emotional stress, hence we at SS Attorneys believe in equipping your readers with the knowledge to make informed decisions regarding your estate planning."

Masondo said creditors of the joint estate often wrongfully pursue claims against the surviving spouse due to confusion and misconception of the legal position.

"Spouses wrongfully accept responsibility for payment of the joint estate's debt or include same in debt review procedures which they don't have to," she said.

Masondo said many spouses incorrectly assume the negative aspects of insolvency apply to them. She said the death of a spouse terminates the marriage and assets or income acquired by the surviving spouse is in a new separate estate which cannot be attached.

"Therefore, whatever that was accumulated during the marriage is what will be used to pay off those debts, not the surviving spouse income received after the date of death."

Masondo said the estate was usually administered in terms of section 34 of the Administration of Estates Act and the joint estate assets have to be sold.

A medical doctor's fight to get the Government Employees Medical Scheme (Gems) to pay for his cancer treatment has ended in victory after the company ...
News
3 years ago

"If the assets are sold, the proceeds will cover the amount of liabilities, secured creditors and administration costs will be paid first towards the bond or car, Sars, landlord and so on," she said.

Masondo said whatever amount remains goes to the concurrent creditors, overdrafts, credit cards, etc. She said if the residue was not enough to cover the creditors, the executor and Master of the High Court will close the file on reflection in the Distribution Account.

Masondo said the surviving spouse, however, did not become an un-rehabilitated insolvent and was not burdened by the joint insolvent estate's unpaid debt even if he or she signed for it personally.

"Furthermore, executors and legal fees to administer the insolvent deceased estate are effectively paid by creditors, not the surviving spouse.

"Therefore, the surviving spouse gets to move on with life on a clean slate," she said.

Meanwhile, Mack Lewele of GEPF said Matjiane's death claim case was at payment stage and just awaiting verification. "All relevant players in the value chain are aware of the urgency of the case and we follow up with them more than once a day," Lewele said.

Payout refused because third party was the driver

Know what you are spending money on MANY consumers take out insurance because they want to ensure they are covered if their cars get stolen or their ...
Good Life
10 years ago

Portia confirmed her brother had a R1m life cover but denied the family had conspired not to let Jantjie's kids receive part of the payout. She also ...
News
3 years ago
Next Article