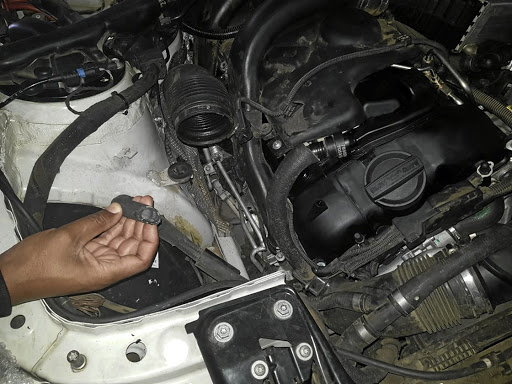 Paul Nkuna was driving home from Mozambique when a Toyota Quantum lost its load, rolled and damaged his car.

He continued driving, unaware that his bumper was damaged and there was a water leak.

Little did he know that this was the beginning of his nightmare. He had insured his car with Discovery and it accepted his claim after he lodged it in August.

Discovery directed him to its preferred panelbeater and he took his car in on August 29 and collected it five days later.

"I was under the impression that the car was fixed and ready to go," Nkuna said.

A day later, he returned the car after it started malfunctioning.

The panelbeater told him the gearbox was faulty and referred him to a specialist.

The gearbox specialist found that the engine breather was the problem, he said.

"I wasn't aware the panelbeater was told by a Discovery assessor not to do the complete job," Nkuna said.

Insurers could refuse cover for car accidents.
Opinion
2 years ago

He then ordered the engine breather on his own, he said.

The part had to be fitted by a BMW specialist to ensure it was properly done, he said.

The BMW specialist discovered the work done by Discovery specialist was half done at the instruction of the assessor, Nkuna said.

"I am shocked. It all sounds like a story in a mad horror movie," Nkuna said.

He reported this to Discovery in September and it repudiated his claim on the grounds that he operated his vehicle over 7.15km with a malfunction indication light during the entire period.

Discovery said the vehicle was operated negligently, which caused the sever damage on the turbo.

He was told he did not take reasonable precaution for the maintenance and safety of his insured vehicle.

However, a report by an inspector Discovery commissioned revealed, among others, that the new air intercooler was fitted but the coolant pipes were not connected. "The coolant pipes are cut-off and need to be replace," the report read.

It is this incomplete job that caused damaged to the car, Nkuna said.

He said replacing the pipes would have caused less than R1000 and now the damage was estimated at R100 000.

He said he was thankful to the latest technology as this could show that when the light was on as Discover claims, the car was not in his possession but theirs and their panelbeater.

End of year is the right time to plan for the future.
Opinion
2 years ago

"They did not even give me the Uber voucher of R1500 I'm entitled to," Nkuna said.

Nkuna said it's unbelievable that a reputable company can allow such treatment to its clients and treat it as normal.

"This can't be normal. I am very angry and disappointed," Nkuna said

Taryn Kerr of Discovery Insure did not respond to Consumer Line's inquiry after she requested an extension until 9am on Friday. She had not responded at the time of going to print yesterday.

However, Francois Theron, the chief operating officer at Discovery, sent Nkuna a message stating that his matter had been deliberated upon and that the decision to reject the consequential loss on his claim remained unchanged as it believed it had been well handled.

He then advised him to lodge a complaint with the insurance ombuds.