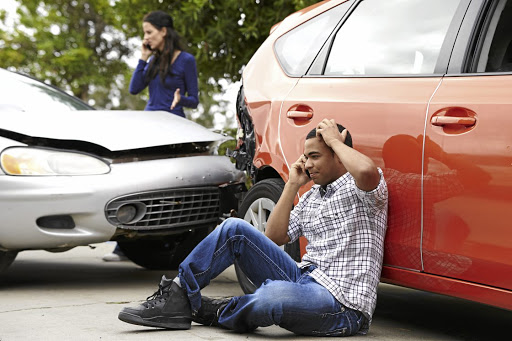 Knowing the law makes the process of making an insurance claim much easier when involved in an accident.
Image: 123RF

It's important to know and understand how to prevent motor vehicle accidents. However, if the worst happens, would you know what to do? This equally important aspect of understanding road safety is often overlooked.

Thankfully, not all car accidents are fatal. And whatever the degree of damage, while it may not lessen the shock of a collision, it can ease the frustration of both parties if they know what steps to follow to make insurance claims easier.

Section 61 of the National Road Traffic Act of 1996 states that in the event of an accident, where: a person or an animal was killed or injured, or any property like a vehicle was damaged, certain steps must be taken in line with the law.

Insurers could refuse cover for car accidents.
Opinion
3 years ago

According to the act, there are important other rules that must also be observed. The law further specifies that the driver may not take any intoxicating liquor or drug that has a narcotic effect, unless he or she has reported the accident to a police officer

Moreover, no person may remove any vehicle involved in an accident - in which another person was killed or injured - from the position in which it came to rest, until a traffic officer has given permission for it to be removed.

Only if the accident causes total obstruction of a public road can the vehicle be moved, and only after its position has been clearly marked on the surface of the roadway.

The Ombud for short-term insurance has said that failure by the insured to comply with any one of these provisions can entitle the insurer to reject a claim.

A common exclusion clause found in insurance contracts is an entitlement on the part of an insurer to reject a claim "if a driver unlawfully leaves the scene of an accident".

Maanda Tshifularo, head of Dialdirect Insurance, argues that should there be witnesses at the scene of the accident, you should get their information in case you need to call on them for legal or insurance purposes.

You should also take pictures of the accident scene.

Further penalties during the claim process could come due to driving under the influence of alcohol, without a valid driver's license for the vehicle being operated, driving an unlicensed or unroadworthy vehicle and not paying your insurance premium, says Tshifularo.

The Ombudsman says claims can also be eligible for rejection where an insured party provides an insurer "with incorrect or dishonest information regarding the circumstances leading up to and surrounding the accident". Honesty is therefore the best policy - and will give you the best from your policy!

Tshifularo also cautions that you should not let a tow-truck driver coerce you into towing your car without making sure that it is a tow truck authorised by your insurance company.

"Otherwise you could be liable for the costs and have to spend a lot of time and energy trying to track your vehicle down."

"After an accident, it's very important to stay calm and rational.

"Arguing over whose fault the accident was or panicking is not going to help the situation. Instead, take charge and follow the procedure in as calm a manner as possible," Tshifularo says.