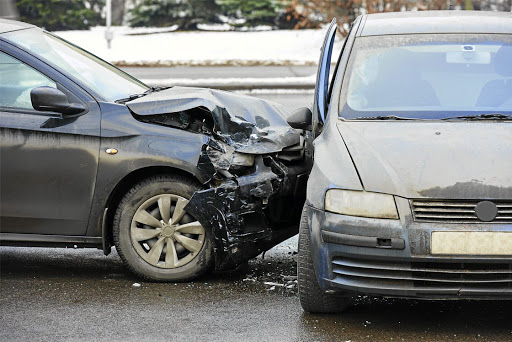 A rented vehicle can get you into debt if involved in a accident.
Image: Supplied

When you hire a vehicle and it gets involved in an accident while in your possession
you are not exonerated from liability.

Innocentia Mashele, 36, of Danville in Pretoria, hired a vehicle from Avis in April for a period of three months.

Mashele said one day, while the hired vehicle was parked, it was hit by another car.

"This was not attributed to my fault or negligence but Avis demanded that I should pay an access fee which I think should be paid by them," Mashele said.

The wrongdoer accepted liability and provided his insurance details to enable Avis to lodge a claim for compensation, Mashele said.

Getting to grips with insurance

Moloi says it is important for consumers to understand how the insurance process works, particularly when several parties are involved.

An accident such as Innocentia's triggers a complex chain reaction because of the various entities involved.

Moloi said Avis will claim against its own insurance for the damage to its vehicle, but the company will have to pay whatever excess is stipulated in its policy.

Avis has a provision in its contracts with its clients stating that if there's an accident, they are liable for the excess.

As the driver of the car that collided into Innocentia is insured by MiWay, Innocentia claimed for the excess she had to pay to Avis from MiWay.

However, when two vehicles collide, it is not always easy to determine who of the two drivers was at fault, especially as it is likely that the two parties may dispute what actually happened.

"The facts of the matter have to be investigated which is why this recovery process can take a long time to finalise," according to Moloi.

She said she paid the access amount of R5000 as demanded since Avis had promised to pay it back once they had claimed with the third party's insurance, MiWay.

"Till now Avis has not given [me] an update," Mashele said.

Mashele said she owed them R1700 for the overdue days on her hiring contract as she returned the vehicle late, but cannot pay it because Avis has not refunded her R5000.

As a result Mashele's account has been handed over for collection, she said.

"Is this how Avis deal with their clients? Are they really putting people first as per their slogan?" asked Mashele.

Loutjie Hughes, a claims manager at Avis, confirmed the accident and said Mashele was only charged the liability amount as per contract.

He said their terms and conditions of rental agreement, which Consumer Line has seen, states that it did not matter who caused the damage but the renter may reduce the liability by choosing to buy any of their collision damage or theft loss waiver product.

Hughes said Mashele must still pay Avis for the overdue days she had kept the car in her possession.

He said it cost Avis R20898 to repair the car, which they have claimed from MiWay.

According to the information at Avis' disposal the third party is 100% to blame for the accident "as they drove into our stationary vehicle," he said.

"MiWay have not denied liability on behalf of their customer, and we are confident that we will settle this matter without a prolonged litigation process," Hughes said.

He said the customer accepted their rental terms and conditions as well as the risks involved when renting a vehicle from Avis.

"We understand that our customer is frustrated but we are currently attending to the recovery of our damages and wish to finalise the matter as soon as possible," he said.

Nthabiseng Moloi, head of marketing and brand at MiWay, said MiWay apologised for the delay, but blamed Avis for not submitting all required documents in relation to the damages sustained by their car.

"Legal processes and claims are unfortunately time-consuming, but as a gesture of goodwill, MiWay is fast-tracking the process," she said.

Owner angry that dealership washed his engine.
Opinion
3 years ago
Next Article