Fund holds on to offspring's payout 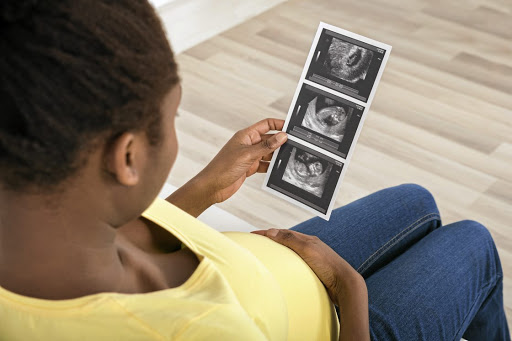 A mother whose late husband died while she was pregnant battles to get her daughter's share from his provident fund.

Unborn children have rights to inherit from their deceased parents if they were conceived at the time of death and subsequently born alive.

However, the Mineworkers Provident Fund (MWPF) has questioned the legitimacy of a child fathered by their member who died after the child was conceived and has neglected to pay out the benefits even after the Pension Funds Adjudicator has ordered it to pay.

Mpolai Lebeko, 37, of Saaiplaas in Virginia, Free State, has been battling for the past nine years to get her benefit of R436233 from MWPF.

Lebeko said she was five months pregnant when her customary union husband Tsowe Tshabalala passed away in February 2009.

She said her relatives and prospective in-laws met to negotiate and paid lobolo.

"Though the families had agreed on the formalities and the date in which I would be handed over to the Tshabalalas, this did not happen as he died before our child was even born," Lebeko said.

Her daughter was born in June of that year and she was asked to conduct a paternity test to confirm her child was indeed fathered by the late Tshabalala.

She agreed, but the Tshabalala family did not cooperate yet they had demanded the paternity test, said Lebeko.

The relationship with her in-laws has since soured, she said.

She has earned a living as a cleaner and by selling bricks from a dilapidated mine site in her area, Lebeko said.

"The MWPF also gave me different excuses each time I inquired about my benefits and that drove me to knock at the offices of the Pension Fund Adjudicator," Lebeko said.

She said adjudicator Muvhango Lukhaimane said MWPF's delay in paying
out the death benefit was unreasonable and unacceptable as it should have been paid in February 2010.

Lukhaimane said MWPF grossly failed to finalise the distribution of the death benefit within the legislation framework and that it failed to demonstrate the steps they took to comply with section 37C of the Pension Funds Act.

"What is evident is that the fund is aware of the deceased and it is sitting idly instead of being proactive," read her determination.

She said although she ordered the fund to pay Lebeko her benefit at a rate of 10% per year for the past five year, the fund has just defied the order and not paid her, Lukhaimane said. However, Jan Kgosana from the Mineworkers Provident Fund, said they were not defying the Pension Funds determination.

"We are doing our utmost to collate the documents to finalise this case accordingly."

He said in terms of section 37C of the Act they had to ensure that the benefit allocation was equitable.

He said they could only arrive at that "provided that we have all the documents and relevant facts beforehand".

"Without proper and relevant information, we are going to overpay or underpay, or even omit some of the beneficiaries who are eligible," Kgosana said.

He said the benefit for this case was not disposed earlier due to further requirements and that the case had been taken back to the trustees lately.

"We will have the outcome before Friday next week and then we will advise accordingly," Kgosana said.