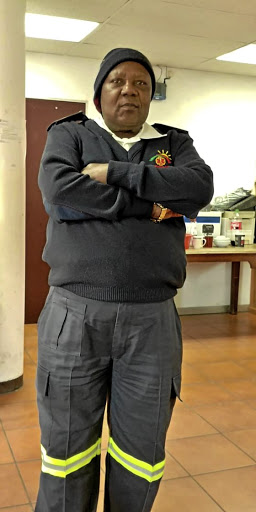 Sente Nkadimeng is happy iWyze insurance company has paid 65% of his claim for his hijacked car.
Image: SUPPLIED

Sente Nkadimeng is now a happy man after Nedbank's insurance, iWyze, paid 65% of his claim.

Kedibone Molopyane, who heads Nedbank media relations, said the payment of R74872 was made outside the insurance company's obligations in terms of the contract and is done purely as a gesture of goodwill.

Last Wednesday, Consumer Line published an article in which we highlighted Nkadimeng's plight.

Nkadimeng, 62, of Odendaal Extension 16 in Emalahleni, Mpumalanga, said the insurance had rejected his claim because he was using a company car and rarely drove his car.

His BMW was hijacked at gunpoint while being driven by his son in December.

His son Asanda said he had just picked up his girlfriend from her home when they were accosted by thugs, who pointed guns at them and bundled them into the boot.

The thugs drove around with them and eventually dropped them unharmed in the woods, Asanda said.

Nkadimeng later lodged a claim, but it was rejected on the grounds that he was not the regular driver.

Molopyane said their investigations revealed that his son was the regular driver.

She said this was confirmed by a witness corroboration who said Asanda was the regular driver.

This was contrary to the information submitted by the insured at the inception of the policy.

"The incident driver, Asanda, confirmed during the validation of the claim that he was in fact the person who drove the insured vehicle most regularly," Molopyane said.

She said the son told them Nkadimeng used a government vehicle to travel to work and back on a daily basis, and not the insured vehicle.

Molopyane said the witness who also confirmed this was in the vehicle during the hijacking.

Nkadimeng also confirmed during the investigation that he mainly used the insured vehicle once a month to go to Limpopo.

"He conceded that his son drove the insured vehicle more than he did," Molopyane said.

She said at no stage did Nkadimeng update the details of the regular driver with the insurance company.

"A contract of insurance is based on good faith and correct representation of the true state of affairs."

She said a clear duty of disclosure was placed on Nkadimeng at the inception of the policy.

"Nedbank insurance has reviewed this matter, not only from a legal but from a wider sense of fairness perspective, hence it reached the decision to make an ex gratia payment to the insured," she said.