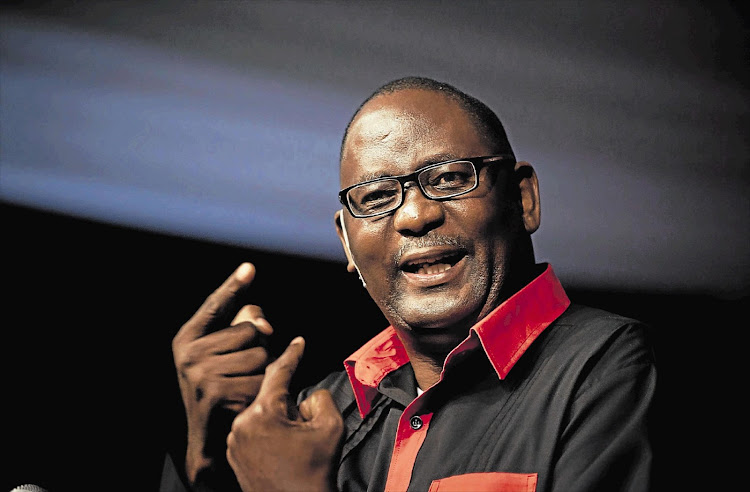 The ANC factions have affected trade union federation Saftu and divided it down the middle as the turmoil relating to Zwelinzima Vavi rages on.

TimesLIVE can reveal that among other reasons, Vavi, who was this week sent a letter of intention to suspend him as Saftu general secretary, is under the spotlight due to the politics of ANC factions that have divided the Saftu leadership.

In a leaked internal dossier detailing the matters that Vavi is accused of, both ANC factions feature prominently.

While Vavi has accused some Saftu leaders of flirting with the ANC’s so called “RET forces”, he stands accused of being captured by the “right wing” and being in bed with the ANC “New Dawnists”.

According to the letter of intention to suspend Vavi, Saftu president Mac Chavalala has cited misconduct and misbehaviour among the allegations facing the former Cosatu boss.

It has since emerged that among those counts of alleged misconduct, Vavi is fingered for having met ANC high-ranking leaders such as public enterprises minister Pravin Gordhan and former deputy president of the ANC Kgalema Motlanthe.

“The GS goes everywhere without a mandate and holds secret meetings such as he had with Pravin Gordhan. The only time you got to know where the GS was, is when he submits travelling claims. He gets angry when the claims are not paid,” reads the dossier.

Vavi defended himself against the accusation, saying meeting Gordhan was no secret as the meeting was sanctioned and approved by Saftu national office bearers (NOBs) and that he gave them feedback.

“Pravin Gordhan is one of the several ministers that the [Saftu] NEC had felt we must meet to advance our own interests,” Vavi said.

Vavi launched a scathing attack on some Saftu leaders whom he accused of openly flirting with the ANC RET faction at the expense of Saftu.

The dossier reveals that this culminated in various forms when Saftu would want to issue statements condemning leaders aligned with the RET forces.

These would apparently be met with opposition from within Saftu while there would be excitement when Saftu statements attack the ANC New Dawnists.

“The influence of the ANC factions in particular the reality that some leaders openly belong or advance the interests of the so-called RET against Saftu's founding congress resolutions that see both of the ANC factions as anti-working class and reactionary,” charged Vavi.

“It is from this that Saftu statements calling for the resignation of (public protector) Busi Mkhwebane were alleged to be generating tensions.

“It is from this that when Saftu condemns President Cyril Ramaphosa and calls for him to be called to the Zondo commission, that there will be praise for Saftu — but as soon as Saftu calls the pro-Israel apartheid [former] chief justice Mogoeng Mogoeng to order, there are tensions again just because he is seen as an important voice against the establishment in the context of the ANC narrow factional agendas.”