We aren't to blame for Yonwaba Manyanya's death, says NSFAS

The student funding scheme said she did not qualify to receive NSFAS funding this year. 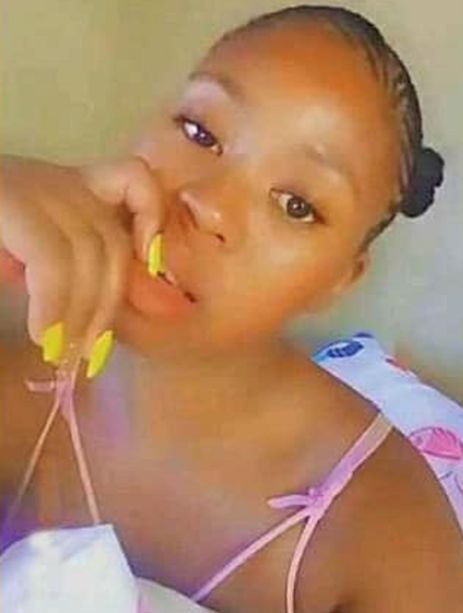 The National Student Financial Aid Scheme  (NSFAS) said on Sunday it was not to blame for the death of eThekwini TVET college student Yonwaba Manyanya as being alleged on social media.

The 26-year-old woman died earlier this month allegedly after spending days sleeping outside the campus. She was studying towards a diploma in electrical and infrastructure construction.

According to social media posts, Manyanya, who was originally from the Eastern Cape, had been evicted by a landlord due to her NSFAS funding not being granted for the 2021 academic year. Her food scheme allowance had also been discontinued.

In a statement, the NSFAS said: “There are allegations in the public domain that NSFAS has delayed paying allowances to cover the cost of accommodation on time and that Ms Manyanya subsequently suffered from fatigue and hunger while living on the streets as a consequence of this delay. These allegations are factually incorrect, based on information we have, and that the college has.

“For funding to continue, a student is required to meet the NSFAS progression requirements. While Ms Manyanya was an NSFAS-funded student in 2020, for the 2021 academic year her funding had not been confirmed. The information on NSFAS record is that Ms Manyanya had not met the progression criteria as at the time of her passing. She is part of a group of students whose progression status was continuously being queried with the college,” NSFAS continued.

Accommodation provider jumped the gun by admitting students before given go-ahead: UJ

The University of Johannesburg says a privately owned accommodation provider shot itself in the foot when it admitted NSFAS-funded students before ...
News
8 months ago

“The facts of the communication clear NSFAS of any connection to this tragic incident. It is unfortunate that this tragic incident is being used inaccurately and unfairly in an insensitive manner to the family and to defame NSFAS. This misleading, unfortunate and opportunistic approach is viewed in contempt by NSFAS and individuals spreading this inaccurate communication should be ashamed,” the scheme added.

The scheme conveyed its condolences to the Manyanya family. It was not immediately clear what was pronounced as her official cause of death.

Tens of thousands of Unisa students are still waiting to receive their R290 monthly living allowance which should have been paid at the start of the ...
News
8 months ago

On its social media pages, however, recipients of NSFAS lambasted it for delaying in payments even for those who had been approved.

“What about us who got four distinctions ... but still I haven't received my allowances from January 25 until today. Still waiting for allowance and already I'm busy writing my examination,” said one student.

“How about us who are still waiting for our allowances? You are waiting for us to die ... From February until now I have never received my allowance. Maybe if you will hear that we are dead you take students serious,” wrote another.

The SA Federation of Trade Unions (SAFTU) was among those who expressed outrage at the incident.

“That NSFAS was not funding Yonwaba this academic year, does not absolve it. If anything, this is an indictment on NSFAS and the whole fees-grant model which has been preferred by the ‘communist’ minister, policymakers and Treasury. NSFAS is supposed to support the working class youth whose household annual income is less than R350,000,” SAFTU's general secretary Zwelinzima Vavi said in a statement.

That [NSFAS] did not fund Yonwabo in the first place is not absolution but a dent. How else should Yonwabo, who relied on her poor parents and her now unemployed brother, have raised money for tuition and living expenses

“That it did not fund Yonwaba in the first place is not absolution but a dent. How else should Yonwaba, who relied on her poor parents and her now unemployed brother, have raised money for tuition and living expenses?

“Even if Yonwaba did not starve to death because of a NSFAS delay paying the grant to her, there are many stranded students across the country, including at Ethekwini TVET, who are suffering because of delays by NSFAS to pay grants three months into the semester,” Vavi continued.

The trade union said the delay in providing free education is taking a toll on the lives of young people, mostly from working-class families. The union bemoaned the deaths of students saying they happened “either through bullets by police during protests, or starvation”.

Vavi said Manyanya's death should not be in vain.

“Her death must be a fuel that flames the blazes of fightbacks and uprising against the neoliberal capitalist policies of the ANC that have plunged the working class and the predominant black majority into poverty. It is only through unity of the organised labour, youth, and communities that a protracted fightback can reverse austerity,” he said.