Gordhan, Mahumapelo off the hook as public protector closes complaints 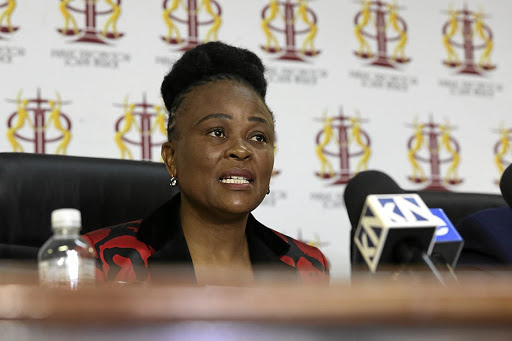 The public protector has decided not to pursue a complaint lodged against Eskom and public enterprises minister Pravin Gordhan, and another against former North West premier Supra Mahumapelo.

Public protector advocate Busisiwe Mkhwebane said on Tuesday these “closing reports” result from cases which are no longer being pursued on the grounds that the allegations were unsubstantiated, or the office does not enjoy jurisdiction, or other competent forums were dealing with the same matters.

Mkhwebane said the complaint against Gordhan and Eskom was lodged by unionist Zwelinzima Vavi on behalf of Mark Chettiar, an Eskom employee.

The investigation was into allegations of a failure by Gordhan, the board of directors of Eskom and the parastatal to investigate a complaint relating to allegations of maladministration and improper conduct made against Eskom COO Jan Oberholzer.

In his complaint, Vavi said Chettiar had made a protected disclosure to the state capture inquiry regarding contracts entered into between Eskom and other companies.

Public protector Busisiwe Mkhwebane was grilled about her office's over reliance on bailouts from the department of justice despite presenting a ...
News
7 months ago

Vavi said Chettiar had alleged that serious allegations he made against Oberholzer were not dealt with, despite having been brought to Gordhan's attention.

“Our investigation revealed the allegation that Gordhan, the board of directors of Eskom and Eskom failed to investigate the complaint relating to allegations of maladministration and improper conduct against Mr Oberholzer is unsubstantiated,” Mkhwebane said.

She said Eskom investigated the complaints lodged by Chettiar and issued three reports in 2019 and 2020.

She said these reports exonerated Oberholzer.

In the second report, the public protector found the allegation that Mahumapelo violated the Executive Ethics Code through his involvement in the facilitation of the delivery of Bonsmara cattle to former president Jacob Zuma was not substantiated.

This complaint was lodged by former secretary-general of the EFF Godrich Gardee in April 2018.

The complaint was based on a Sunday Times article on April 22 2018 in which it was reported that a herd of cattle costing R1.5m and meant for emerging farmers was instead delivered to Nkandla as a gift to Zuma from Mahumapelo, and that the “generous gift, paid for with public funds, is under investigation”.

“We found the allegation that the former premier violated the Executive Ethics Code through his involvement in the facilitation of the delivery of the Bonsmara cattle to the former president is not substantiated,” Mkhwebane said.

She said evidence showed Zuma received cattle from Agridelight, as confirmed by payments made by Agridelight, the delivery of the cattle and the submission of Agridelight MD Bolokang Derrick Montshwe.

“Although Mr Montshwe contends he personally donated the cattle to the former president, his use of the Agridelight’s FNB account and not his personal account to pay for the transaction does not support his version,” Mkhwebane said.

She said the matter pertaining to Agridelight’s flow of funds under Montshwe’s management was receiving the attention of law enforcement agencies.

“The Directorate for Priority Crime Investigation (Hawks) and the Asset Forfeiture Unit are seized with the matter.”