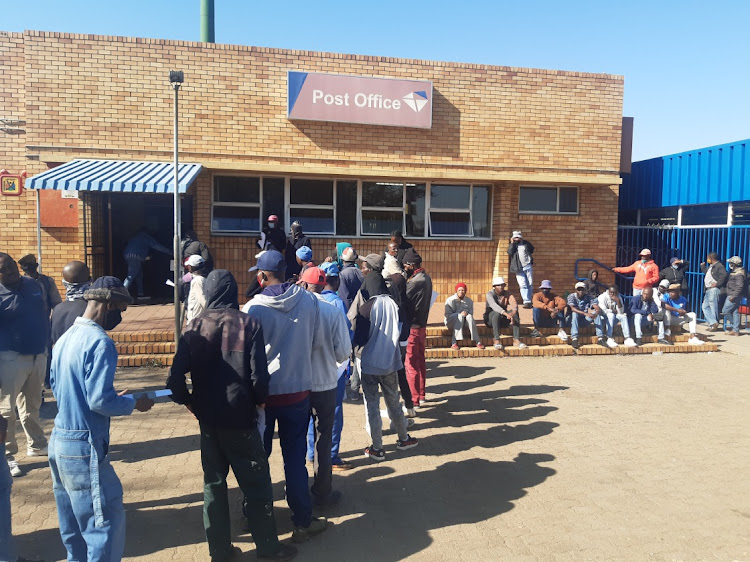 The ball is now in the government’s court to start a consultative process on the implementation of the basic income support grant after the push was given a major boost on Monday.

A team of leading experts released a technical report outlining how the government can provide  income support to unemployed residents through the social relief of distress grant (SRD) in a three-phased approach beyond the Covid-19 pandemic.

The team on the basic income support panel recommended that the government institutionalise the SRD and continue paying out the R350 and strengthen its administrative abilities before continuing to the next two phases.

Panel chair Alex van der Heever said: “It’s on them [the government] to take whatever consultative processes they need to make.  The report is not government’s decision but an analysis where we gave shorter to medium-term recommendations to be considered.

“Ours was not a consultative report but a technical one and now government needs to go out and consult.”

The report looked into the introduction of a monthly grant aimed at South Africans over the age of 18-59 years old without work.

Van der Heever recommended the R350 SRD grant continue beyond March next year and be the platform from which the basic income support grant be launched.

Van der Heever said the grant could be funded through mild changes to tax increases across multiple tax bases and streamlined tax subsidies.

The expert team on basic income support panel has recommended that government institutionalise the social relief of distress grant (RDG).
News
1 month ago

“There could be a realignment of tax subsidies because there are instances where there’s zero tax collected and also theoretically, there’s a lot of waste in government,” he said.

While delivering his medium-term policy speech, finance minister Enoch Godongwana refused to commit to implementing the SRD grant permanently, adding the decision was cabinet’s to make. He also said the government could not afford the increase.

One of the panellists, Wits professor and a former head of the budget office in the Treasury, Michael Sachs, said the relief was not negative for employment and would not undermine or impede the economy but would lead to labour activation.

“This will enable beneficiaries to offer themselves to employment. It will not on its own solve the problem of mass unemployment in SA, which is now reaching unprecedented proportions.

“The basic income grant is an effective strategy to combat poverty, a less effective strategy for combating inequality, and we really need to think about other strategies for creating employment and this is not in the league in that way,” he said.

Economist Duma Gqubule said the grant was a powerful stimulus on the economy over the implementation period.

“People think that this grant is a cost on the economy, I say it is an investment to our people. It is going to stimulate township economies and create jobs. Our country is in a desperate need of a fiscus stimulus. When the economy grows faster, jobs are created. The money will circulate in local communities and create jobs. It will revitalise communities throughout SA,” Gqubule said.​

said unless there were strict time frames of when the government should implement the grant, there was no reason to celebrate.

“It is insignificant in the battle against inequality. ,” Vavi said.

“Without time frames it becomes a hollow victory. We need to know exactly when the amounts will increase and by how much they would increase year on year. The amounts proposed don’t even protect against food insecurity.”

Cosatu spokesperson Sizwe Pamla said beneficiaries had received a raw deal as R350 was not enough but added it was a start and would need to be increased.

“We have an appreciation for where the economy is at. The real solution is employment creation, we still want resources directed to this.

“The only way to address this is to take people out of the social system and give them jobs so they can provide for themselves.

“If this intervention is meant to stop what Stats SA talks about that 15-million people in SA struggle to get three meals a day, can we adequately say that R350 cushions people from the volatile economy,” he said.

R350 grant: ‘Sassa status check’ was the most Googled phrase this year

"How to apply for R350 grant?" was also the most popular "How to" question on Google this year.
News
1 month ago

More than a quarter of all households received grants as their main source of income last year as the Covid-19 pandemic wreaked havoc.
News
1 month ago

The face of unemployment in SA is no longer limited to elderly men and women in overalls and aprons standing at street corners waiting for motorists ...
News
1 month ago
Next Article