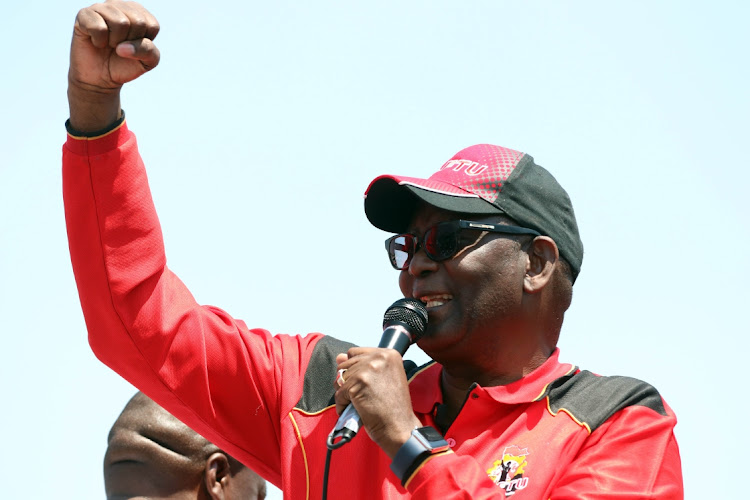 Earlier on Wednesday, we reported that Vavi was slapped with a letter of intention to suspend him by Saftu national office bearers, which asked him to give reasons of why he should not be suspended by close of business on Thursday.

In his responding letter, Vavi rejected the letter and pending action as "unlawful and unconstitutional conduct" as he said the federation’s officials had no power to suspend him beside the national executive committee.

In the letter sent to Vavi, Saftu president Mac Chavalala listed “illegal violations of the constitution, breach of administration and finance policy and disrespecting, undermining constitutional structures, decisions and resolutions".

Vavi said the decision to suspend him had already been taken at the Tuesday meeting after it was moved by Saftu deputy president Thabo Matsose and backed by Chavalala and deputy general secretary Moleko Phakedi.

He said the allegations had never been put to him during the meeting in which his suspension was discussed and apparently decided in his presence.

“It is clear that you are trying to lay the ground for a predetermined illegal and unconstitutional decision taken elsewhere,” Vavi said.

Vavi however indicated that Saftu national treasurer Motshwari Lecogo had during the meeting of national officials presented credit card transactions which she said caused eyebrows to be raised, including R1,800 airtime, Gautrain and Bolt expenditures.

“There was not even the decency to ask me to explain the so-called suspicious transactions in the meeting. As soon as the National Treasurer presented the report, which I was seeing for the first time, the second deputy president moved a motion that an investigation be launched and that I be placed on suspension with the president hurrying to second,” Vavi said.

He said he was compiling a “detailed account of all the transactions” that were presented at the said meeting by Lecogo which he would present at the federations finance committee scheduled for Thursday.

“Once I am done with that, I will challenge all of you to point out which one of the transactions is suspicious and/or amounts to fraud and misdemeanour warranting such a drastic decision as to place me on unconstitutional suspension,” he said.

The former Cosatu general secretary, who was booted out of the federation in 2015, warned his detractors that “anyone and everyone that attempts to destroy this federation that many of us have worked very hard to build shall not succeed”.

SA Federation of Trade Unions (Saftu) general secretary Zwelinzima Vavi has been given until the end of business on Thursday to give reasons why he ...
News
3 months ago

Prominent unionist Zwelinzima Vavi has lashed out at MultiChoice after the pay TV company dropped RT (formerly known as Russia Today) from its DStv ...
News
4 months ago
Next Article