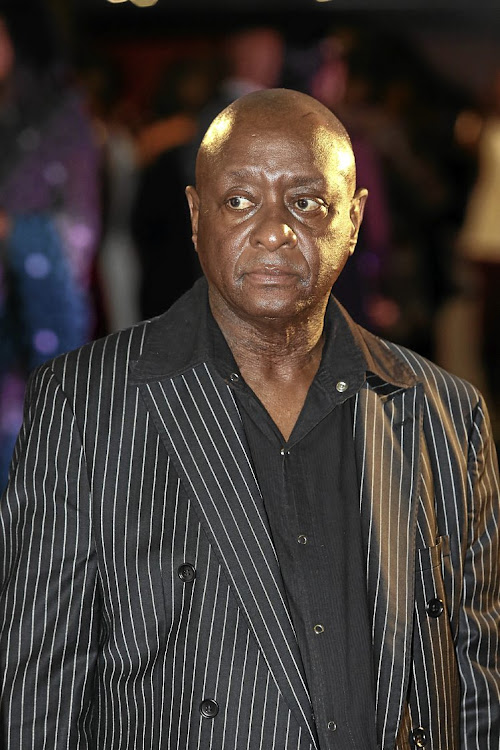 The debate on the proposed copyright law rages on in parliament with opponents calling for it to be sent back to the drawing board, while others say all it needs are minor tweaks to ensure the creative sector gets what is due to it.

For arts legend Mbongeni Ngema, the Copyright Amendment Bill in its current form amounts to expropriation of copyright without proper compensation, while a Stellenbosch University academic says the proposals in the bill are racist towards black copyright owners as they deny them their benefits.

The National Assembly's portfolio committee on trade, industry and competition started a public hearings process on the bill and its partner legislation, the Performers' Protection Amendment Bill, on Wednesday.

The contentious pieces of legislation seek to regulate the entertainment industry and provide for the protection of performers and the copyrights of writers and publishers.

They were passed by parliament and sent to President Cyril Ramaphosa for assent in 2018. He sent them back to the assembly in June 2020 expressing reservations about their constitutionality.

He cited procedural flaws such as incorrect tagging, arbitrary deprivation of property, lack of consultation on the introduction of the “fair use” and non-compliance with international treaty obligations.

It is the copyright law that is highly contentious, but some clauses in the Performers Protection Bill depend on the approval of the Copyright Amendment Bill for the proposed performers' law to go through.

In his submission, writer, lyricist, composer, director and theatre producer Ngema said if the Copyright Amendment Bill was signed into law in its current form, works would be freely used by institutions for educational purposes and there will no be no incentive or positive desire for writers to write. Authors would lose royalties and this will have a negative impact on African livelihoods.

“It will result in loss of indigenous memory, and knowledge and skills for the African child. Why would legislators burden SA authors with such copyright legislation?” he said, comparing the bill to “another form of colonialism”.

Ngema was speaking as a member of the Dramatic, Artistic and Literary Rights Organisation which argued that the exceptions proposed in the copyright bill provide for a free-of-charge reproduction. This would erode the incentive to create educational and other literary works for which educational institutions are an important existing market.

In the past 10 years a number of celebrities have published memoirs about their presumably interesting and charmed lives. Unfortunately, most of ...
Good Life
1 year ago

The organisation said the bill in its current form will result in authors and creators losing their royalties and that authors will have to go to court to earn a living, and those who cannot afford legal fees will lose their right to earn a living from their own intellectual creations.

Author Gcina Mhlophe, felt that parliament had not properly publicised the bill, saying many authors were not even aware of its existence.

“The fact that we are discussing whether there could be fair use of the creative work that we produce, I'm wondering what is fair to who. Sometimes it feels like there will be free education at the expense of writers,” lamented Mhlophe.

“Many times as an author, it doesn't matter how much I could be a well-known author ... very few publishing houses do the payment of royalties on time,” she said.

She questioned whether the bill would address this, saying in the main, creatives did not have unions and were struggling to receive royalties.

Prof Sadulla Karjiker, an intellectual property law lecturer at Stellenbosch University, called on parliament to send the copyright bill back to the department for a comprehensive review by recognised experts. He described the proposed law as utterly “shambolic and problematic”.

He said he had previously told an ANC seminar the proposed law was racist towards black authors and copyright owners as it eroded their property rights and they were not entitled to the equivalent legal protection enjoyed by their counterparts in Europe and the US.

He lambasted the committee that processed the bill between 2017 and 2018 for shoddy work, saying it disregarded submissions by experts and academics, papered over obvious cracks in the bill and never took the department to task for proposing a poorly crafted law.

Karjiker questioned the origins of the bill, saying its original version was of such poor technical quality one could only come to the conclusion that it was not a product of copyright experts or any recognised process.

The bill was not a product of any recognised policy decision or any comprehensive review of the current act, and seemed to have come about in the absence of any participation of the statutory advisory committee which is provided for in the Copyright Act.

The bill seeks to amend the Copyright Act of 1978.

Karjiker said the only recognised review leading up to the bill was the Farlam report of 2011 which dealt with problems relating to artists not getting their just desserts.

The overriding concern was the protection of artists and creatives.

“This bill only pays lip service to those objectives and doesn't lay foundation for this country to meaningfully engage and participate in the fourth industrial revolution, another of government's objectives.”

Like other speakers, Karjiker said it was not enough to deal with Ramaphosa's reservations as the entire bill was problematic.

Opponents of the bill cited challenges posed by digitisation of copyright works, saying this demanded enhanced protection for copyright owners and creators.

They also want a law that would create grounds for fairer remuneration for artists and to close the so-called value gap.

The bill as it stands would benefit big tech corporations and leave copyright owners and creatives at the mercy of these technology giants, opponents argue.

The introduction of the fair-use principle used in the US is one of the controversial issues raised in the debate. Fair use is the right to use a copyrighted work under certain conditions without permission of the copyright owner.

For Stephen Hollis of the SA Institute of Intellectual Property Law, the copyright bill is not compliant with some international conventions.

He said both bills had material flaws to which “quick fixes” cannot be applied by mere correction of wording.

He said they identified 19 sets of provisions, affecting up to 50% of the text introduced to the Copyright Act, that may have constitutional implications or amount to treaty compliance issues.  Also, no proper legal assessment was done by the DTI to measure the bills for compliance with the constitution and international treaties.

Hollis also raised the lack of or inadequate socio-economic impact assessment to measure the impact of the bills on the creative industries and the subsectors.

He recommended that the National Assembly engage independent senior counsel who are experienced in constitutional law and intellectual property for a comprehensive legal opinion on identified issues.

In a joint submission, academics from Wits, North West University, UCT, Fort Hare and the University of Oxford believed that tweaking some provisions of the proposed law could fix some of the constitutional concerns.

In an opinion presented to the committee they said by introducing words like “fair” before “royalty” could ensure authors and performers are compensated.

“We believe that without including the word 'fair' they are likely to continue being cheated. It's important to refer to fair royalty,” said Wits' Malebakeng Forere.

They commended the committee for some of the work already done on the bill but suggested removing certain exceptions and adding protections that will ensure the law is consistent with fair practice and aligned with international practice.

The Library and Information Association of SA (Liasa) supported the bill and called on parliament to approve it once again and to send it back to Ramaphosa for urgent ratification.

Liasa's Nikki Crowster said the bill had very helpful and appropriate exceptions and limitations to address the needs of libraries and archives and their users in the digital world.

The current act restricts digitisation, conversion from old to new technologies, and format-shifting for preservation and access purposes, she said.

She cited the devastating fire that gutted UCT's Jagger Reading Room in April as having highlighted the reality of having no provisions for digital curation in law when valuable and irreplaceable collections burnt to ashes.

Crowster said many of the sections in the bill were adopted from the EIFL Model on copyright law and clauses from other progressive copyright laws around the globe and her organisation believed it was in line with SA's constitution and international treaties and conventions.

She said “practical” limitations and exceptions provided in the bill that enable and empower libraries and archives to carry out their full statutory mandates, without having to clear copyright and pay high fees for everything related to the digital environment are some of the reasons they support it.