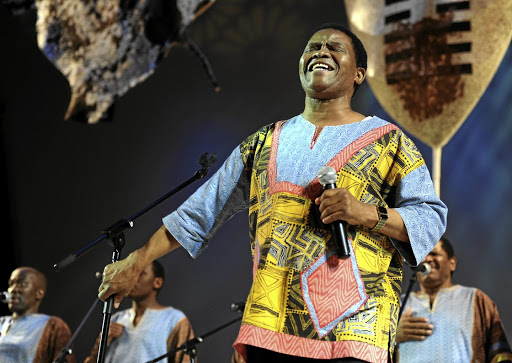 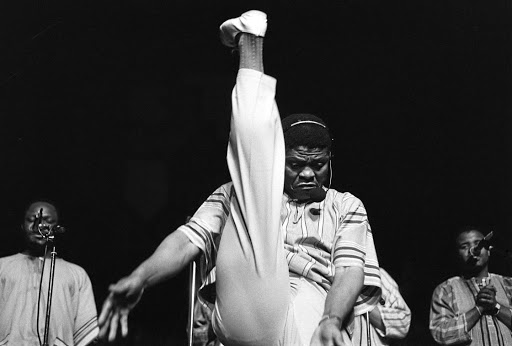 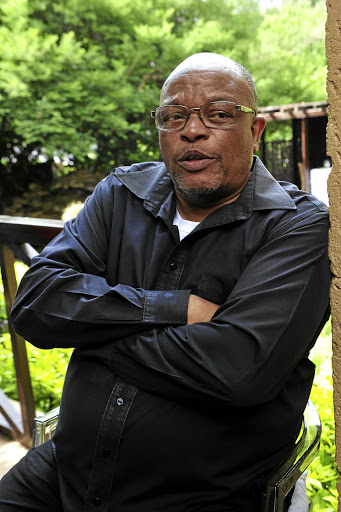 Joseph Shabalala, the founder of Ladysmith Black Mambazo, who died yesterday morning after a long illness, has been praised for his humility and contribution to the world.

Seasoned playwright and creator of Muvhango on SABC 2, Duma Ndlovu, who was also a close friend of Shabalala, said the fallen isicathamiya singer was a genius.

He said it w as through the man's genius that isicathamiya music was respected and was still going strong.

"Bab'Shabalala took South African music and put onto the world map, and becoming one of the most successful artists both locally and internationally, with five Grammy awards. There is no South African group that has travelled the world and achieved international success like Ladysmith Black Mambazo has," Ndlovu said.

"They have defied all the odds, coming from humble beginnings, without an education and a rich upbringing. Mshengu took the music to another level. A candle has dimmed in the African traditional music.

"Joseph insisted on purely and indigenous element even when he got international recognition he never tried to change."

Ndlovu said he met Shabalala in the 1980s when he started touring the US. He said he learned a lot from him about life in general.

"We became extremely close. He was an amazing, passionate human being. I watched him grow and I watched him accepting growth with humility, it never changed him."

Former general manager at Downtown Studios Darryl Heilbrunn, who worked with Mambazo for many years, said Shabalala was a respected man. He said his contribution to music in SA and the world was magnificent.

"I met him in 1988. At that time, he was recording one of the group's albums, I can't remember the album's name. They had just got back from the Graceland concert with Paul Simon. Later, I was introduced to the rest of the group and interacted with them as they recorded their music at Downtown studios and did guest backing for other artists," Heilbrunn said.

Author and writer of Mshengu: The Musical Sandile Ngidi said: "The legacy of Joseph Shabalala is formidable and a source of immeasurable pride in South Africa and the world. He will always be remembered for his trailblazing vision towards celebrating the songs and aspirations of ordinary people, especially black migrant workers, advancing their valid humanity and life's experiences."

He added: "He was one of the greatest storytellers of all time, a gifted and passionate messenger of peace and the quest for a just and truly humane world."

Rob Cowling, Gallo Music Records general manager said Shabalala and Ladysmith Black Mambazo have become synonymous with Gallo since the early 70s and have a special place in Gallo family.

"Joseph was an amazing songwriter and creative talent, as well as the founder and driving force behind Ladysmith Black Mambazo, a group that has been an integral part of Gallo's history and success over a music career spanning 60 years, well over 50 albums, many multi-platinum sales awards and Grammy awards," Cowling said.

"Joseph, the band and their music have been embraced on a global scale, including massive worldwide recognition on Paul Simon's Graceland project and the iconic worldwide hit Homeless, to selling over one million units for the album Shaka Zulu as well as receiving an Academy Award nomination for their documentary film On Tip Toe."

Music and theatre legend Mbongeni Ngema who worked with Shabalala on a number of occasions remembered him for his humour and the love of music.

"He was very creative. I have a song which I am going to release which I did with him when he was already sick.

"He arrived at the studio, listened to it just once and he was on it. His creativity just came through. It was like a song that he already knew.

"I never needed to persuade him to come to the studio. I just asked him, 'Can we do it the last time?', and he did not have second thoughts. He drove from Ladysmith to come to Durban for us to record."

Ngema hailed Shabalala for his dedication to music for all his life.

"He elevated isicathamiya music. Before him, people did not take the genre seriously; through his work, this music is now known the world over.

"When we were in the studio, he never acted as someone who is more experienced than me. He was not arrogant despite his great success. It was all about music, nothing else."