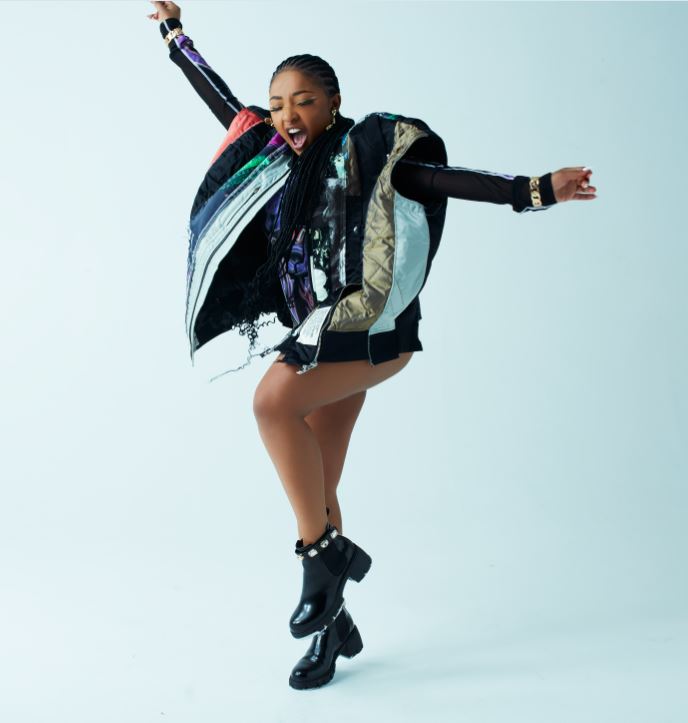 Pausing her final year in tertiary education to pursue her dream to be in a Netflix dance production is something 22-year-old Zazi Kunene does not regret. The road to her big break was not an easy one, which is what makes it all so worthwhile.

Growing up in Pietermaritzburg, KwaZulu-Natal, she faced bullying at school due to childhood-onset fluency disorder. So her mother enrolled her at the Helen O’Grady Drama Academy there.

“I used to stutter, which made me not speak much and I faced severe bullying to an extent that I would come back home from school and I wouldn’t be okay. I didn’t enjoy school and sometimes I would cry before going to school.”

After enrolling at the drama school, she says her confidence improved. But what her mom didn’t realise was just how much little Zazi would fall in love with acting. In 2007 she performed her first role as King Duncan in Macbeth and never looked back.

Zazi’s newfound confidence led her to win multiple roles throughout her high school years, including one in the re-enactment of the Mbongeni Ngema production Sarafina! done by the University of Kwazulu-Natal in 2016.

By the time she made it to Johannesburg for her first year of studying drama at the University of Witwatersrand in 2018, Zazi nabbed a role in a Wits school of the Arts Open Forum production titled Ukuvuna at the Soweto Theatre and was also cast in a Joburg Theatre production called History, her first time on a stage of that magnitude. Zazi was also cast in Vuselela, a production that was showcased at the National Arts Festival in 2018.

She says that even though her mother comes from the generation of parents who would prefer their kids to pursue a “stable” profession, “she chose to stick with me on this one”, says Zazi. “My mom has really supported me, immediately from when she saw that I really loved this acting thing and I wanted to pursue it.”

Despite the infancy of her career, Zazi sure is flourishing. In 2019 she was cast in her first lead role in a short film titled Moya, which was awarded the “Best Student Film” award at the South African Film and Television Awards in 2020. This was followed by a role in made-for-TV film Emlanjeni and her superb acting in the horror Pinky Pinky — a role that set her apart from her peers as she received rave reviews for playing twin characters Nomzamo and Nomava.

With the outbreak of the global pandemic, things seemed as if they were about to stall for the young actress as several productions came to a halt.

That was until she got the call to audition for the role of Nolwazi in Netflix’s latest African Original production Jiva! Kunene admits to wishing she was as confident and charismatic as her character when she was that age.

“I saw what I wanted to be when I was growing up. Although I think I am charismatic, I realise it’s only coming out now because I grew up with a stutter, which made me a very shy kid. So when I played her, I kind of got to feel how it would have been like to be like that while I was growing up,” she says.

She also applauds her “incredible co-stars” and the “amazing directors” of the series. “ I learned a lot of things from different people: script preparation, collaborating in learning lines with the other actors, and understanding the whole script through the eyes of the directors.”

For now, it’s back to auditions and castings for the young actress, who lives by the words: “Always chase your dreams, no matter the challenges you face.”

“If anything, I want people to know that you can be anything you want to be and you can do whatever makes you happy. It doesn’t matter how old you are. You can live up to whatever you want to be.”

Reports state the actress has some new projects lined up and is thinking of leaving the telenovela.
S Mag
1 month ago

TV personality Minnie Dlamini-Jones and husband Quinton met up with Springbok captain Siya Kolisi and his wife Rachel for an epic weekend away.
S Mag
1 month ago

The 25-year old DJ tells us why innovation in the world of music is important.
S Mag
1 month ago
Next Article