5 career lessons we have learnt from Somizi 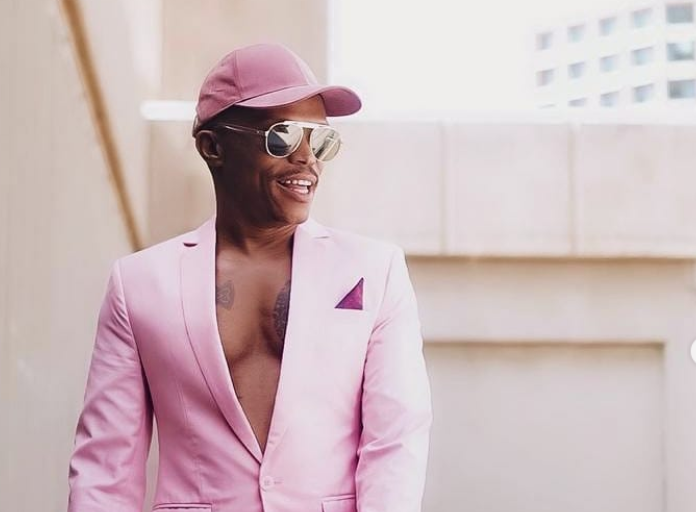 Somizi Mhlongo-Motaung carries much inspiration and many lessons to learn from.
Image: Instagram/Somizi

Multi-talented star Somizi Mhlongo-Motaung is undoubtedly a force to be reckoned with. His longstanding career as an actor, choreographer, and media personality carries much inspiration and many lessons.

His hard work and consistency throughout the years have made him one of Mzansi’s rich and famous — a star who is indeed living the dream.

Here are five career and success lessons we have learnt from him.

If there’s one thing that sets Somizi apart, it’s how he stays true to his unique self. By fully embracing everything that makes him unique, he has added a dash of authenticity to the various shows he has presented as well as the many dance routines he has choreographed. Great power lies in staying true to yourself, and Somizi has implemented this throughout his career.

Dancing has been Somizi’s passion from an early age. Although it had always been something he enjoyed for many reasons except monetary gain, the star has successfully managed to monetise his passion for dancing throughout the years. Some of his successful works in dance and choreography include the Fifa 2010 World Cup opening ceremony and his 2016 fitness exercise DVD Grind with Somizi.

3. Work on your brand consistently

From the time he first gained prominence through his role in the political film Sarafina to his most recent collaboration with local sneaker brand Bathu, Somizi has constantly been reinventing his brand.

Through his consistency, he has remained relevant and kept his fans captivated, while also growing as a creative and as a brand.

Such consistency and re-invention come in handy as he ventures into various avenues within the entertainment industry.

4. Learn from those around you

Somizi’s late parents, Ndaba Mhlongo and Mary Twala, worked hard and excelled in their craft. They built successful and inspirational careers in the entertainment industry. Influenced by his parents, Somizi was exposed to the world of entertainment from an early age.

This led to him forging a career for himself in his teen years. His teachable spirit has allowed him to learn from industry giants including Mbongeni Ngema, Leleti Khumalo, and Whoopi Goldberg whom he worked with during his early industry years.

The media personality’s recent collaboration with local sneaker brand Bathu serves as proof of the magic that lies in collaboration. Bathu is not the first brand Somizi has worked with. Throughout the years, Somizi has always believed in the power of collaboration.

As such, he has also worked very closely with other brands including DSTV, Nedbank, and McCafé. Working with brands has helped him build his empire while continuing to grow and learn.

It is regrettable that TV personality Somizi Mhlongo-Motaung has refused to apologise for his appalling conduct against two journalists.
Opinion
1 year ago

As his friendship with  Somizi Mhlongo-Motaung continues to hog headlines, singer Vusi Nova has come out to set the record straight on their ...
Entertainment
1 year ago

Sanef calls for action against Somizi for insults directed at journalists

The SA National Editors' Forum has encouraged two journalists to open charges of intimidation against Somizi Mhlongo after he "abused" one of them ...
News
1 year ago

Somizi wants black people to five star our cuisine. Your rice, pap and kota can be fancy cuisine and he wants you to have fun while making it.
Good Life
1 year ago

Somizi Mhlongo-Motaung was a man on a mission when he took to Instagram to announce that his long-awaited cookbook is due to be released in “less ...
S Mag
1 year ago
Next Article