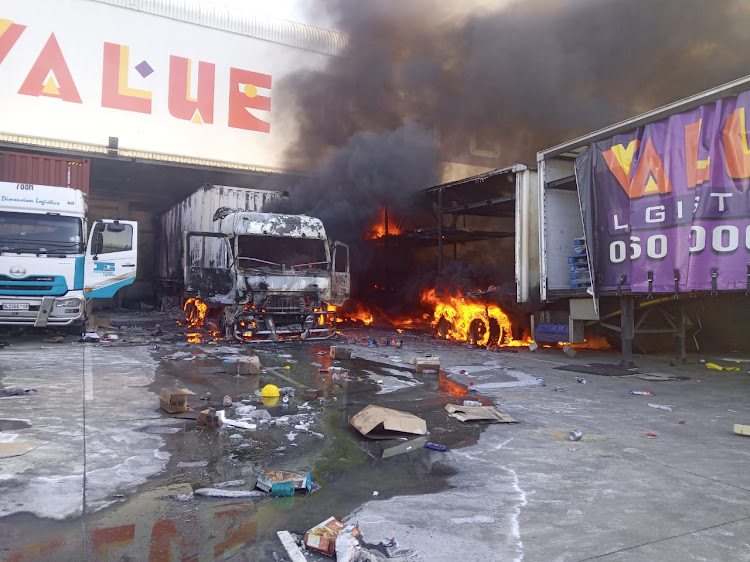 The looting of one of SA’s warehousing giants in KwaZulu-Natal this week was carefully planned and executed.

Steven Gottschalk, CEO of Value Logistics, said his company’s warehouse in Cato Ridge was looted for three days — day and night — until premier Sihle Zikalala arrived with the army on Wednesday.

Gottschalk said the invasion took a lot of planning. “It’s a huge warehouse, there is an electric fence and there a is another solid fence near the facility,” he said.

“There is one road that comes into our facility but the looters made about five different roads from the veld to come in. And they surrounded the facility and then removed a stretch of fencing on the four corners of the facility.

“This is a plan. There must have been a signal that was given to say, 'all the four fences are removed from the corners — we can attack’. And then suddenly we were  overwhelmed by about a thousand people. That makes us aware that someone was commanding the people.” 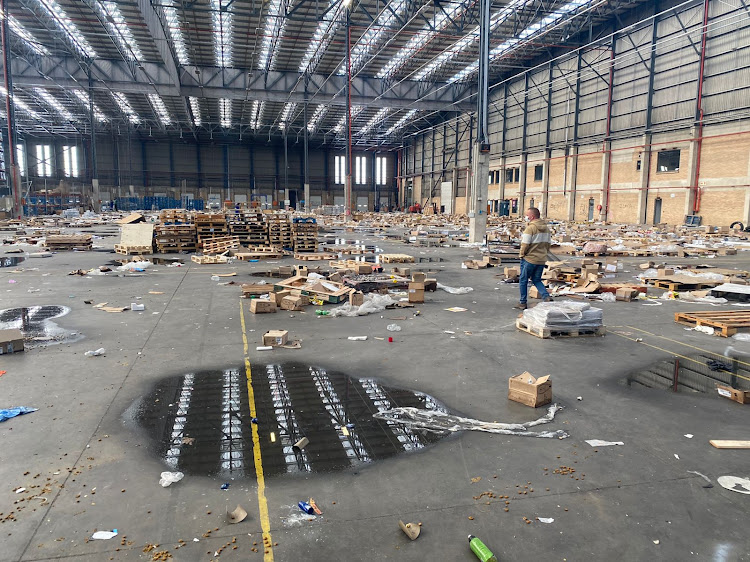 He said the staff ran for their lives and the warehouse was “cleaned out”.

He added: “Instead of just sitting there and just quantifying (the loss) we are fixing things. We are pulling in the contractors and having everything completed as soon as possible.

“But I can tell you that the loss between myself and the customers is huge. I don’t want to put panic in the market and cause caution for customers. But it is a lot of money.

“They got in from 8am on Monday morning and it only finished at 11am on Wednesday when the premier arrived with the army. It was just continuing even through the night.

“We would get waves, sometimes it would be 1,000 people and sometimes go down to 200  in the middle of the night. It was a queue about 3km long waiting to get in.”

Gottschalk said five trucks were torched and 1`4 were missing. “The trucks were stolen to move the stock, so they either burn it or abandon it. The others were burned dangerously next to the warehouse,” he said.

“On Wednesday, there was one truck burning right next to the warehouse when the army got there. They did light a few fires in the warehouse but we have got a sprinkler system and it did come on and put the fire out.

“If you had walked into the warehouse yesterday you would find pools and pools of water all over. Our water pump that was generating water every time there was a fire ran out of diesel on Wednesday morning. You can imagine, it had been running since Monday.” 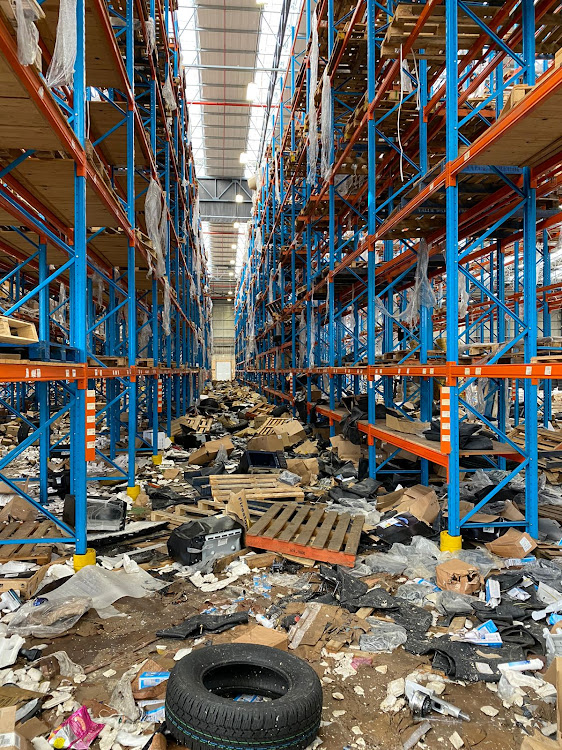 Shelves at the Value Logistics warehouse in Cato Ridge, KwaZulu-Natal, were stripped bare during more than 48 hours of looting.
Image: Value Logistics

An employee who witnessed the looting described what happened but asked not be named.

“I could hear the electric fence alarm go off so I knew they had breached it,” he said. “Then I saw them start shaking the Clearvu fence and breaking it down, and I knew it was only a matter of time before we got overrun.

“I was running from end to end, closing doors, switching off power to doors, feeling the adrenaline running through me.

“I saw the crowds pouring through the fences and running towards the building. I ran to the last open door, forcing it closed and hearing them beating against it. I was looking where to run next if they came in.

“Seeing SAPS coming around the corner and hearing the gunfire brought some relief, and for a brief moment hope. Feelings of disbelief and fear of what's to come.

“Once they overran the SAPS and came from all directions, I realised my worst fears were coming true. I felt helpless and defenceless. Seeing them destroy and rage through what is dear to me filled me with anger and thinking of what to do next.

“I came to the realisation that there is not much I can do and losing all hope and feeling — absolutely defeated.”