Toddler thrown from looted, burning building has flashbacks to incident 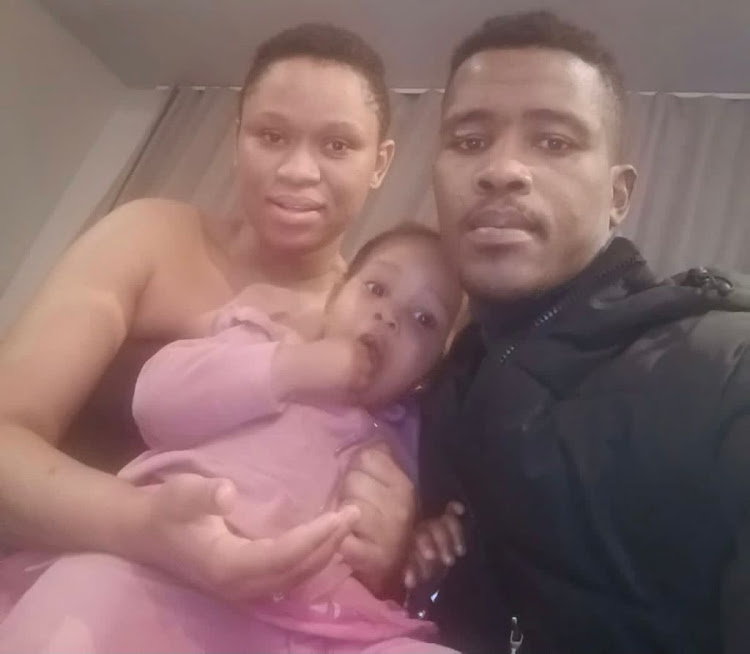 Two-year-old Melokuhle with her mother Naledi Manyoni and father Simthembile Matomane. Melokuhle often says the words "throw her" in reference to a crowd which urged her mom to let her go from the first floor of a burning building on Tuesday
Image: Supplied

A Durban toddler whose mother threw from the first floor of a burning building into the arms of a group of people waiting to catch her on the ground has flashbacks to the incident.

Pictures and videos of two-year-old Melokuhle ’Melo’ Manyoni, in a red gown and nappy, being hurled from the burning building by her mother have become the international face of the lengths that people have gone through to escape the violence and looting that has gripped KwaZulu-Natal since Monday

The girl was playing inside a central Durban flat when looters set the ground floor of the building alight.

Her mother, Naledi Manyoni from Folweni, south of Durban, told TimesLIVE that they had been notified by building management at about 3pm on Tuesday that a fire was raging on the lower floors.

Thinking fast, 26-year-old Manyoni grabbed her daughter and fled from their 16th floor apartment — using the stairs as the building's lifts had stopped working because of the blaze.

A two-year-old girl survived unharmed after her mother threw her to safety as they escaped a burning high-rise building in Durban during protests.
News
10 months ago

“The smoke had already reached our floor and blocked our sight to the point that we couldn't find our direction. The lifts had stopped working and everybody was running to save themselves. Melokuhle cried frantically, but all I cared about was getting her out alive. I did not care that she was crying at the time — as long as she was saved,” she said.

Manyoni made her way down the stairway, through to a ledge above Anton Lembede street.

She then managed to squeeze through to a balcony area and slide down a pole to the second floor where she screamed at the gathering crowd on the street for help.

Several of them formed a circle and shouted at her to throw the child to them.

“I was scared. So scared. People on the ground were screaming ‘muphonse, muphonse’ (throw her, throw her). I started panicking because all I could see down there was a woman standing alone to catch my daughter. I hesitated for a bit while holding her until a few more people joined and raised their arms to catch her.”

Manyoni said as she threw her daughter, bystanders cried out in shock and she blocked her face with her hand, praying they would catch her and opened them when there were shouts of joy as the group caught her daughter.

The toddler was reunited with her mother less than 30 minutes later when emergency services arrived and assisted the crowd in rescuing tenants, using ladders, poles and slides.

Manyoni said she was overcome with emotion when she held her daughter in her arms again.

After the incident, the family spent hours on the side of the street before being allowed back into the flat.

When visited on Thursday, Melokuhle’s parents said they were worried that their daughter might have been traumatised by the ordeal.

Her father, Simthembile Matomane, said she clearly has not forgotten the incident, as she regularly utters many words from that day.

“There has been some trauma left in her memory. It visits her and is easily triggered. Every now and then she utters the words ‘muphonse, muphonse’ (throw her, throw her), which is what people were screaming to her mother that day. The ordeal still replays in her head even today. But she is a strong young girl,” he said.

He said for now they are grateful that she was safe and unharmed and hope that the situation in the province improves.

A man has told of how he helplessly listened to a baby and a woman cry as they were being consumed by fire that has claimed the lives of nine ...
News
1 year ago

Nine people, including an infant, burnt to death when a fire broke out in an abandoned building in the Johannesburg CBD.
News
1 year ago