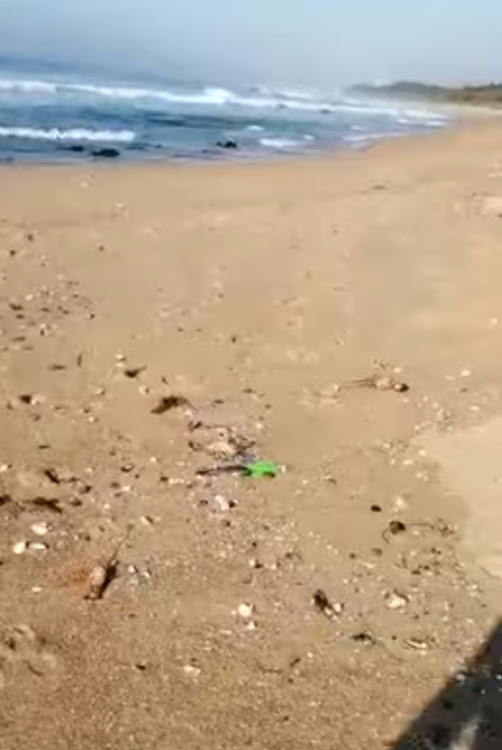 Dead fish have washed up on the beaches of Umhlanga and Umdloti prompting a warning from eThekwini municipality for bathers and fishermen to steer clear.
Image: via Facebook

Dead fish and crayfish that have washed up on the beaches of Umhlanga and Umdloti, north of Durban, have prompted a warning by the eThekwini municipality for the public to refrain from fishing, surfing and swimming.

The municipality said it was investigating what caused the marine life to die.

“It is considered serious and can affect one’s health if collected and consumed.”

According to reports, run-off water and chemicals reached the ocean through storm water drains after firefighters battled a blaze at a chemical plant at Cornubia started by looters on Tuesday.

“The public is advised to refrain from all recreational activities, including fishing or surfing, bait collection and picking up of dead species in this area,” said the municipality.

“Collecting or harvesting of any marine living resource in the area is temporarily prohibited until the cause is determined and the threat has abated.

“Authorities are investigating the source of the pollution and cleanup companies are trying to contain the spill.”

KwaZulu-Natal premier Sihle Zikalala has come under fire for allegedly assaulting a young man believed to be linked to a looting incident in Phoenix.
News
2 months ago

An inmate has died at the Umzinto prison in KwaZulu-Natal after he fell while trying to escape on Monday.
News
2 months ago
Next Article