'We will die for our community': Kasi Brothers hold the line against looters 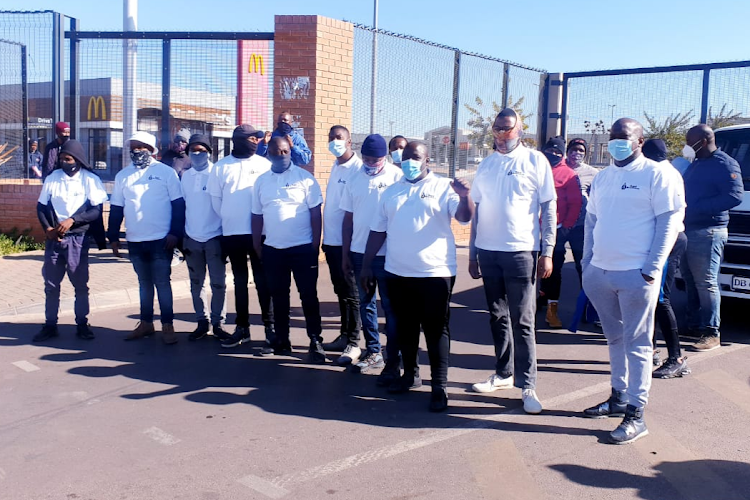 A group of concerned citizens calling themselves the Kasi Brothers has vowed to protect the malls in their community of Atteridgeville against looters.
Image: Supplied

A group of civic-minded people calling themselves the Kasi Brothers has vowed to keep their community safe as they guard malls in Atteridgeville, west of Pretoria, against looters.

The group of men take shifts at more than four shopping spots in their community — day and night.

“We will die for our kasi,” said Peter Puzzle, a member of the Kasi Brothers.

“We are here to fix this looting issue, which we don’t understand. This is a crime. The situation of the country is already bad, we have viruses that need chemists but people are also breaking into chemists, causing trouble. We are trying to safeguard [shops] so we don’t run out of necessities. We can’t suffer because of foolishness.”

He said they started guarding on Tuesday after learning that some of the shops were looted on Monday.

Nkomo Village mall manager Lebohang Mofokeng said the situation was calmer at the mall after the looting of three stores on Monday. She said the community was doing a good job of protecting the mall.

On Wednesday some stores were opened as people arrived to buy necessities. In the morning, a cash-in-transit vehicle was on site. According to one security official at the mall, the van was the first one seen since Monday.

During a visit to the mall on Wednesday, police minister Bheki Cele commended the Kasi Brothers, the local police and community on the job they were doing.

Cele said the situation in Tshwane was better than that in Johannesburg.

“We have grandmothers and fathers who are sick, babies who are at home. If our stores are looted we will suffer. Petrol will run out and people will suffer. As the Kasi Brothers we stand against looting, united as one,” said Puzzle.

Clifford Motileng, a member of the Kasi Brothers, said they were being brave but were also afraid.

All we want is help from police and everyone to stand up in the township and say enough is enough, it’s time we take back our community.

“We are all scared but we are being brave at this time so that our children can be happy. If we sit back we will have nothing to live on tomorrow. Our sisters and brothers work at these malls. If we destroy these malls we will be left with nothing. If we destroy we are killing ourselves and fellow brothers and sisters who work here. There are also small businesspeople who benefit from this community mall.

“All we want is help from police and everyone to stand up in the township and say enough is enough, it’s time we take back our community,” he said.

Puzzle believed the violence was being fuelled by a group from a nearby hostel.

“They start chaos at night. During the day it is quiet but at night that’s when trouble starts. We meet at the police station in the morning and go to the malls and also do the same in the afternoon. It’s very cold. We have been receiving a lot of support from our community,” he said.

He said the Kasi Brothers were willing to protect their community without pay.

“It’s not about money, it’s about the safety of our country. We are willing to do anything possible as long as police intervene and deal with the group initiating the trouble.”