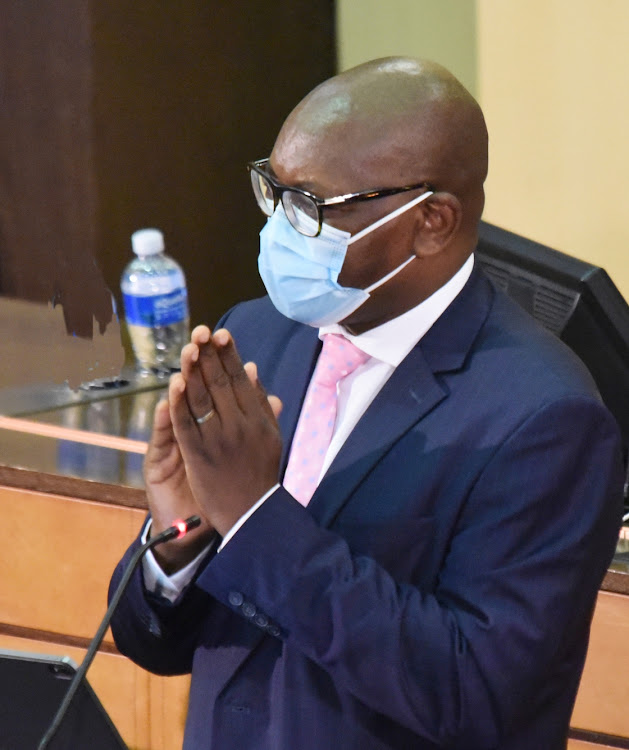 Gauteng premier David Makhura has moved to defend himself from accusations by opposition parties that he was presiding over non-delivery of human settlements services and poor performance within his administration without taking accountability.

Makhura  appeared before the provincial legislature  on Tuesday where he faced tough questions from the DA and the EFF over consequence management for poor governance and poor progress on service delivery undertakings he made during his tenure.

DA spokesperson for human settlements Mervyn Cirota accused Makhura of making bold promises while there was little to show for it after years at the helm of the provincial government.

Cirota pointed to the relocation of communities as part of the de-densification programme, the completion and delivery of mega human settlements projects and the Rapid Land Release programme as examples of poor performance by the provincial government.

Makhura insisted that work was under way to ensure that human settlement programmes were carried out.

He said the housing provision crisis in the province was, however, frustrated by in-migration and illegality.

“Even as we make these interventions in different areas, the process of people moving into our province continues, including that the ongoing informalisation driven by elements, including the political elements, of illegal invasion of land makes this task much more difficult. This illegal invasion is driven by political entrepreneurs, some of whom are sitting here,” he said.

Cirota also accused Makhura of having given undertakings on human settlements since taking over seven years ago with none of the major promises being fulfilled.

“That is all they are, undertakings,” he said.

EFF MPL Itani Mokwevho accused Makhura of evading questions  as he allegedly refused to respond to his questions about the state of regression by departments in terms of financial and delivery performance.

Makhura said he had covered the issues during his state of the province address (Sopa) last week and that finer details of each department’s performance were contained in annual reports.

“I know that the legislature does allocate resources for you as a party to hire researchers, so I am not going to do that work for you. All I can say that in the Sopa I made it very clear what critical performance expectations are,” he said.

He also rejected the request by the EFF to reveal the names of officials who were facing disciplinary and criminal action for maleficence.

Makhura’s administration and the provincial health department have been at the centre of scrutiny due to the scale of alleged Covid-19 corruption.

The premier said he would provide an update later this month on the ongoing investigations relating to the Covid-19 looting scandal.

“There is nothing that has been hidden. Everything has been put out there to the public,” Makhura said.

Abahlali baseMjondolo, the shack dwellers' movement, wants members who were evicted during the state of national disaster brought back to their ...
News
1 year ago
Next Article