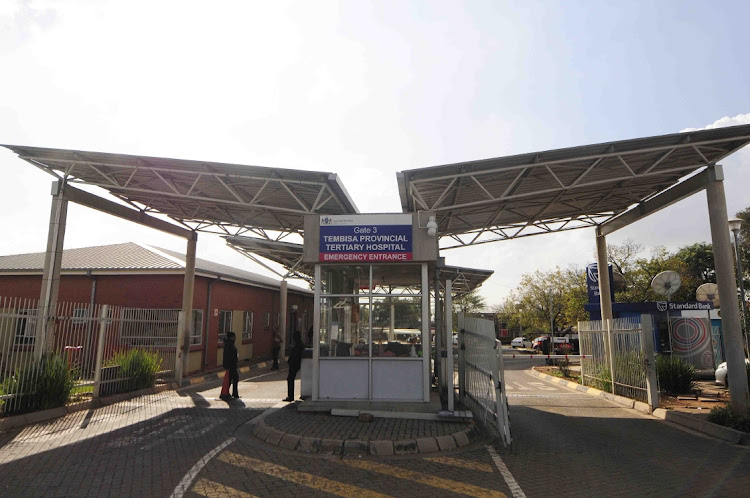 Labour unions Public Servants Association of SA (PSA) and Nehawu have rejected the appointment of an interim CEO at Tembisa Hospital.

In the same breath, the two unions on Sunday called for the “unlawful action” taken against suspended CEO Dr Lekopane Mogaladi and other staff members to be withdrawn and for Mogaladi to  return to his post on Monday.

Mogaladi has been under fire following health ombudsman Prof Malegapuru Makgoba’s report into the death of 34-year-old Shonisani Lethole. Lethole died at the hospital on June 30 after testing positive for Covid-19.

But before he died, Lethole took to social media to tell health minister Zweli Mkhize about what he said were deplorable conditions at the hospital. He also claimed he was being starved.

Makgoba found that Lethole arrived at the hospital on June 23 but only saw a medical doctor on June 26 despite showing Covid-19 symptoms.

He recommended that the Gauteng department of health subject 19 staff members – medical doctors and nursing staff – to a disciplinary hearing.

“The ILC resolved not to co-operate with Ms Gladys Bogoshi in any form at TPTH (the hospital). In fact, the ILC views Ms Gladys Bogoshi’s continued presence as provocation and a serious threat to the internal labour relations stability at the hospital,” they said in a statement.

The unions claimed the office of premier David Makhura “forced” the department of health acting head Arnold Malotana to transfer or suspend Mogaladi.

The unions have also requested Mkhize to “appoint reputable persons” to serve on the appeal board that will consider Mogaladi’s suspension.