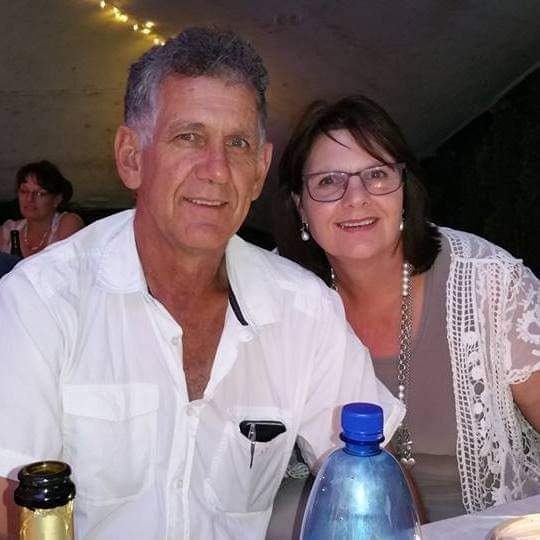 Glen and Vida Rafferty were shot dead at the entrance to their farm. Newcastle mayor Dr Ntuthuko Mahlaba said they were progressive people who cared deeply for the community.
Image: supplied

The Newcastle community in northern KwaZulu-Natal was reeling in shock after the murder of a couple at their farm in Normandien on Saturday.

Glen and Vida Rafferty were shot dead at the entrance to their farm. Their dog was also shot dead.

KwaZulu-Natal police spokesperson Capt Nqobile Gwala said Normandien police were alerted about the double murder at 6am on Sunday.

“It is alleged that a 63-year-old man and his 60-year-old wife were fatally shot by unknown suspects while at a farm in Normandien. Their dog was also shot dead. The suspects ransacked the house, cameras were destroyed and a camera control was taken,” she said.

The suspects fled with the victim’s vehicle. “The vehicle was later found abandoned at Elandslaagte area,” Gwala said.

Devastated loved ones gathered on Thursday to give a heartfelt send-off to the Brand family, brutally murdered in Hartswater in the Northern Cape.
News
2 years ago

Newcastle mayor Dr Ntuthuko Mahlaba was saddened and shocked by “the unprovoked killing of Glen Rafferty and his wife in Normandien”.

“Glen Rafferty and his wife were progressive people who cared deeply for the community of Newcastle. They were both affectionately loved and admired for their contribution towards the betterment of our society. Glen and Vida understood the culture and tradition of our municipality.

“Their untimely deaths are a huge loss for our community, and the farming fraternity in particular. The killing of farmers and their workers should be denounced with the contempt that it deserves at all times. I urge anyone with information which might lead to the arrest of the suspects to contact their nearest police station immediately.”

Mahlaba called upon law-enforcement agencies to apprehend the perpetrators as soon as possible.

Newcastle Growth Coalition chairperson Johan Pieters told TimesLIVE on Monday that the community was devastated by the couple's murder.

“The barbaric act to shoot and kill two innocent people as they arrive at their farm, is unacceptable and cannot be allowed. We understand that no valuables were stolen. The car the attackers stole from the deceased couple was found between Newcastle and Ladysmith. We cannot tolerate this in our community and SA. We echo the words of the mayor of Newcastle that all available resources must be used to catch the murderers.”

One of the men arrested in relation to the killings of women in Mtwalume, KwaZulu-Natal has committed suicide.
News
1 year ago

KZN premier Sihle Zikalala also condemned the killings and called for the perpetrators to be speedily caught.

“Farm killings remain a serious concern in the province. We condemn this murder in the strongest terms possible.

“The ongoing killing of farmers goes against the spirit of ubuntu. It is an indictment on the significant contribution made by the farming community in the upliftment of our rural people,” he said.