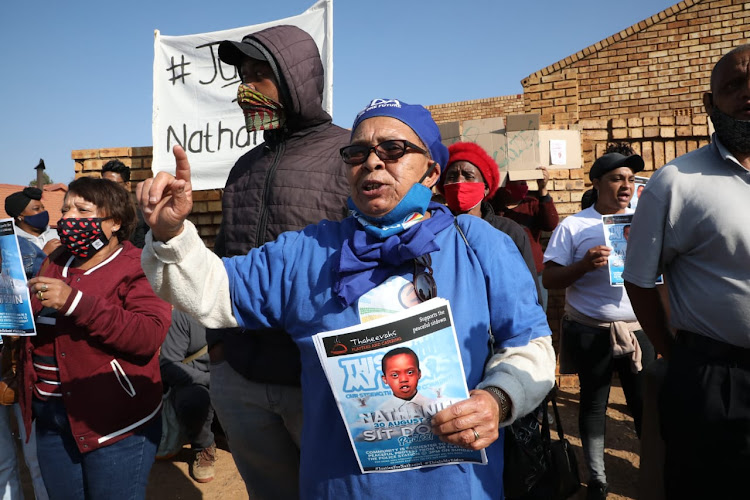 The death of Nathaniel Julies sent shock waves across SA, with citizens calling for action against the police officers who allegedly gunned him down.
Image: Antonio Muchave

The Eldorado Park community is expected to come out in their numbers at the Protea magistrate’s court near Soweto on Monday as two police officers, accused of shooting dead an unarmed teenage boy, are set to make their first appearance.

Sixteen-year-old Nateniel Julies, who had Down syndrome, was killed in Eldorado Park last Wednesday when, according to reports, he allegedly failed to respond to police questioning.

His family said he was at a tuck shop buying biscuits.

Members of the Independent Police Investigative Directorate (Ipid) arrested the two officers on Friday following outrage from community members who went on a rampage and clashed with police. Several people were injured and houses were damaged when community members threw rocks and police fired rubber bullets.

Ipid said it had charged the pair with murder and possession of prohibited ammunition. Directorate spokesperson Ndileka Cola said charges of defeating the ends of justice could possibly be added.

The two police officers who are accused of murdering Nathaniel Julies in Eldorado Park are expected to appear in the Protea magistrate’s court on ...
News
1 year ago
Next Article