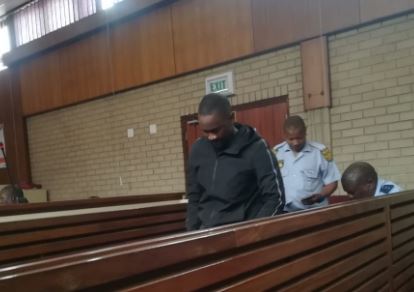 Businessman Sam “Mshengu” Chabalala - who shot to infamy after taking a 72-car convoy to the Durban July - is wanted by cops after he twice failed to appear in court.

According to the police’s Brig Hangwani Mulaudzi, Chabalala is facing two cases, including counts of fraud, corruption and possession of an unlicensed firearm. He is out of bail of R200,000 and R500,000 for the two cases.

“He failed to appear for his two cases on March 6 2020 at the Witbank magistrate’s court, and last week Friday (March 13) in the Middelburg magistrate’s court. The combined amount of the bail posted for the two separate cases has since been forfeited to the state,” said Mulaudzi.

He said the Hawks had “seen a suicide note that was sent to his wife claiming that he is going to commit suicide”.

“Despite the note anyone with information which can lead to the arrest of Chabalala is urged to contact the investigating officers Colonel Daniel Hall on 071 481 3281 or Captain Dietlof Meyer on 071481 2977. All information will be kept confidential,” said Mulaudzi.

Chabalala - the owner of Sam Holdings - was arrested in September last year following an investigation initiated by the home affairs department about his status in the country.

Multimillionaire trucker businessman Sam "Mshengu" Chabalala has gone missing and has sent his wife and some of his employees a "suicide note", ...
News
2 years ago

“[He] allegedly tried to derail the investigations after he tried to corrupt an official from the department to drop the probe. He paid R50,000 to the official and was nabbed by the Mpumalanga Hawks immediately after paying the inducement. His car at the time was also impounded. He was granted R200,000 bail pending further investigations,” said Mulaudzi.

However, while he was on bail, Chabalala allegedly tried to “corrupt a senior police official in Middelburg in February this year to release his car which had been impounded and also to make his previous case disappear”.

“He decided not to turn up and two warrant of arrests have been issued against him,” said Mulaudzi.

A warrant of arrest has been issued for Mpumalanga's flashy businessman Sam Chabalala after he failed to appear in court on Friday.
News
2 years ago