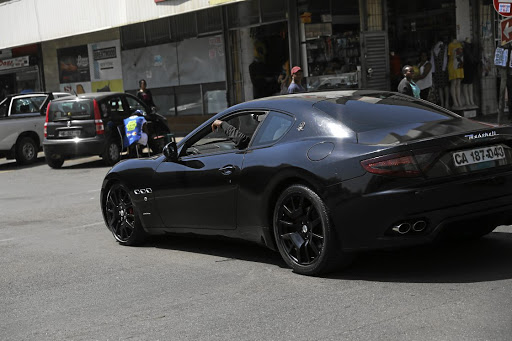 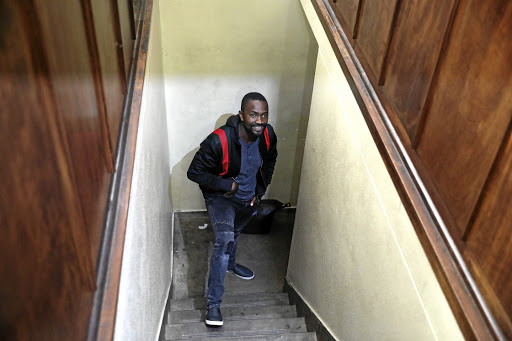 Flamboyant Mpumalanga businessman Sam "Mshengu" Chabalala was whisked away in a Maserati after being granted a R200,000 bail in the Witbank magistrate's court yesterday.

Chabalala, who was arrested more than a week ago, is facing charges of illegal possession of a firearm and ammunition, corruption, bribery and fraud.

Mshengu, as he is popularly known, seemed relaxed and in good spirits before the magistrate granted him bail. Shortly after he was granted bail, Chabalala celebrated and even posed on the public's request to take pictures of him while he made his way down into the holding cells for his bail to be processed.

"Media, you guys must not go anywhere. I want to address you outside," he said.

However, he later remained mum and would not even comment on his bail condition and feelings after being given his freedom.

He was then whisked away in a swanky black Maserati with brown leather seats.

Shortly after Chabalala was granted bail, prosecutor Marthinus van Eerde attempted to have his bail revoked based on an affidavit that he had in his possession.

The affidavit related to another case which the Hawks wanted to link the businessman to. However, Magistrate Mdumiseni Mavuso dismissed the application because Chabalala's lawyers were not furnished with the basis and details of the application.

Hawks spokesperson in Mpumalanga Capt Dineo Sekgotodi said a case of fraud was being investigated against Chabalala but refused to comment further on the charge.

Mavuso said the state's allegations that Chabalala was a dangerous individual could not be proved. "The state did not give details on why it claimed that the applicant is dangerous," Mavuso said.

"Based on the evidence his lawyers presented, it seems as if he has strong family and business ties in South Africa. There is no evidence he has family outside the borders of the republic and it is unknown if he has business and family ties outside of South Africa."

Mavuso said due to the strong ties that Chabalala has in SA, the court did not consider him a flight risk.

"The state further alleges that he planned the assassination of a witness. This too could not be proved. The court does not have proof that he will assassinate a witness."

The Chabalala matter was postponed to November 22 for further investigation.

Meanwhile, the man accused of killing the manager of a Sam Holdings depot and Chabalala's longtime friend Nkosinathi Ngcongo at the company's premises in Bethal, appeared in the Bethal magistrate's court on Friday.

Eugene Nkosi, 26, was charged with the murder of Ngcongo, who was shot eight times.

Ngcongo was killed under dubious circumstances. It is alleged that he was killed a few days after disposing an affidavit to the Hawks in relation to the ongoing corruption case Chabalala is facing.