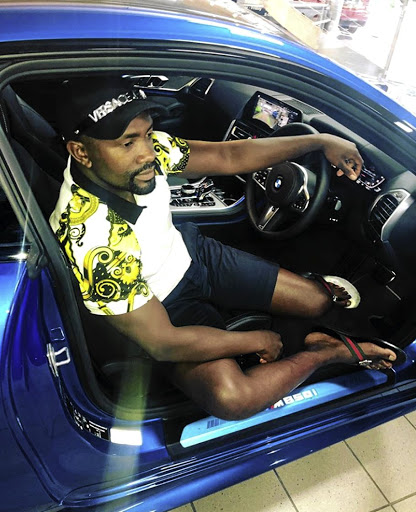 Family and friends of Mpumalanga business mogul Sam "Mshengu" Chabalala have been denied visiting rights after he was found in possession of alleged smuggled electronic devices in his hospital ward yesterday.

This came after the Hawks raided his private hospital room and allegedly found him with a laptop and several cellphones. Chabalala is in police custody as he awaits his appearance in court tomorrow for a bail hearing.

"We have launched investigations on how the devices got into his room."

According to a family friend of Chabalala, the family had met with his lawyer as they intend filing an urgent court application to force police to allow them to visit him.

"The family lawyers met with senior police officials at eMalahleni police station to discuss the unfair treatment of Sam. They treat him like a convicted murderer; at least they should allow his wife and family to see him," he said.

A source close to the investigation told Sowetan security has been tightened around Mshengu and that nobody wais allowed into his room except the hospital's medical team.

Chabalala was admitted at a private hospital on Monday night in a suspected food poisoning case. He was rushed to hospital in an ambulance.

"His wife, family and friends have been refused entry since Tuesday. We were just told that we are not allowed to see Sam and no reason was given."

Chabalala was remanded in custody after an appearance in the Witbank magistrate's court on Tuesday for alleged bribery, corruption, possession of an unlicensed firearm and fraud (for contravening the Immigration Act).

The business person shot to national prominence in July when he took a 72-car convoy to the Durban July event. Pictures of his convoy of expensive cars went viral on social media. Most of them had personalised number plates with the name "Sam" on them.

Chabalala was arrested on Friday by the Hawks' serious commercial crime investigation team at an eatery in eMalahleni, Mpumalanga, after he allegedly paid home affairs officials a bribe to stop a probe into how he obtained his SA citizenship.

Chabalala is scheduled to appear in the Witbank magistrate's court tomorrow.

Security has been tightened around Mpumalanga business mogul Sam "Mshengu" Chabalala after he was found with electronic devices in his hospital bed ...
News
2 years ago