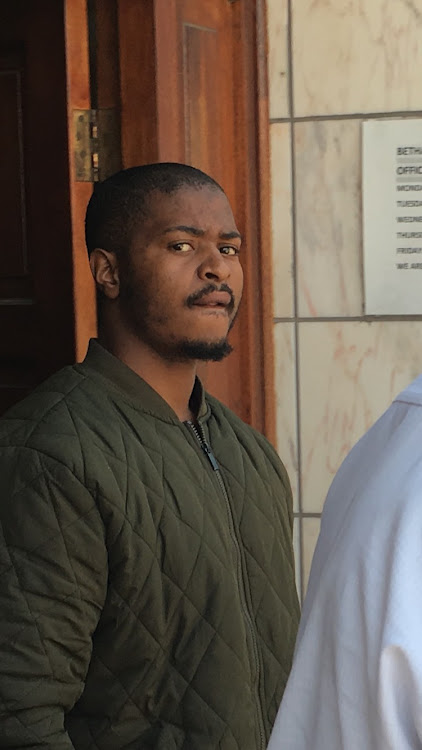 Nkosi,26, appeared in the Bethal magistrate’s court yesterday facing a charge of murder after Nkosinathi Ngcongo was shot eight times in an assassination style at the premises of Sam Holdings in Bethal where Chabalala’s trucking business is based.

Ngcongo was killed after giving an interview to the Hawks regarding their investigation against Chabalala.

Chabalala who goes by the clan name of Mshengu is out on R200 000 bail  after he was arrested at an eatery in Emalahleni.

Chabalala is facing charges of illegal possession of a firearm and ammunition, corruption, bribery and fraud.

He is accused of having a fraudulent ID book and allegedly bribing Home affairs officials with R40 000 while the Hawks were on the watch.

Nkosi was arrested last week Thursday  and the Hawks said they are on the heels of a second suspect in the murder of Ngcongo.

The court through the state postponed Nkosi's bail application until his co-accused in the matter who is on the run is arrested.

Sowetan also learned from sources that Nkosi is being kept at a  secure location because he holds “vital information” in the killing of Ngcongo and other cases in Mpumalanga.

“He (Nkosi) can’t stay with other inmates for now, he is a very important person in this case. This boy knows more which will help the investigation to secure a success, and other cases too,” said a source.

Nkosi who didn’t speak and avoided cameras while holding a plastic bag.

“The investigation surrounding the murder of Ngcongo is progressing very well and we are finding a break through. But we can not speak much now about the issue of involving Chabalala which was raised in court. When we are done we will talk about such if we find a break through,” said Hawks spokesperson Brigadier Hangwani Mulaudzi.