DJ Tira's wife in a nasty fight with neighbour 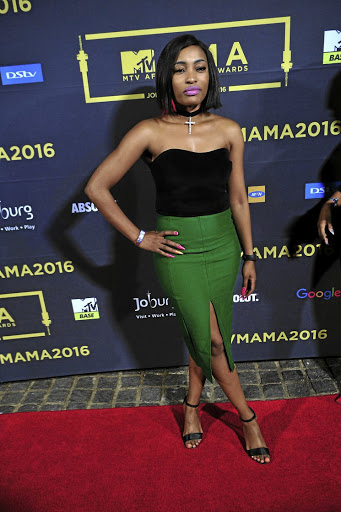 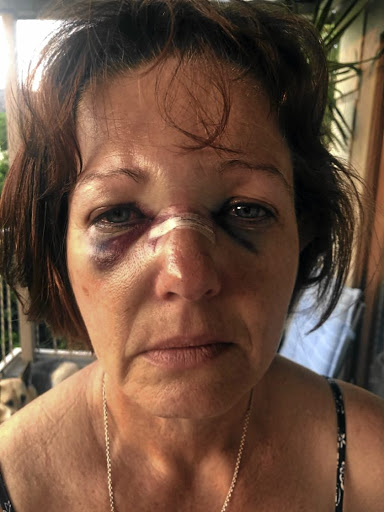 DJ Tira's wife and socialite Gugu Khathi is embroiled in a nasty fight with her neighbour that has turned violent.

Khathi and her 50-year-old neighbour Cindy O'Neil have opened cases of assault against one another at the Honeydew police station.

The drama unfolded on Friday night at the upmarket Willowbrook Estate, in Ruimsig, where both O'Neil and Khathi families reside.

Speaking on O'Neal's behalf, her husband Benjamin claimed that he was on the roof putting up Christmas decorations on Friday when Khathi's son, Junior, drove past their house at high speed.

He claimed he did not know what Junior told his mom but Khathi came rushing into their home.

"She said this is your second warning," Benjamin said.

He said he and his wife were confused by what the outburst was about and O'Neil ordered her to leave.

DJ Tira's wife Gugu Khati is ALL about empowering young women and advises them not to get caught up in the influencer lifestyle if they don't have ...
Entertainment
2 years ago

"My wife crossed her arms and said to her, 'get off my property'.

"Gugu stepped back and tripped over the bicycle. We tried to help her get up and she refused, so I went back to putting up the decorations and left them there.

"She got up after being helped up and she punched my wife once in the face," Benjamin said.

Brig Mathapelo Peters did not respond to an enquiry sent to her yesterday.

Khathi disputed the claims, saying a hammer was thrown at Junior's car by someone from the O'Neil household.

"They attacked my son and then turned around and attacked me. His [Junior's] little brother came rushing and told me 'come see what these people did'. I rushed to their house to ask what my son did to deserve this and they looked at me with [an] attitude.

"The woman [Cindy] came at me; she pushed me so hard from the garage into the street where the bicycle was. I landed on it. I literally can't walk right now," Khathi said.

She confirmed that she punched O'Neil. Khathi said she was also speaking on behalf of Junior.

DJ Tira's wife Gugu not bothered by that Samas hate

Gugu Khati has a spicy message for haters who thought the backlash she got for seemingly having a "bad attitude" at the Samas would pull her down.
Lifestyle
4 years ago

"I was trying to show her that I was injured and she kept dragging my foot. She wouldn't let go, as soon as I could kneel, I punched her. So, she can get off me," Khathi said.

Benjamin said it was not the first time that Khathi had a "violent outburst". They had a nasty exchange of words when Khathi had a birthday party in January and he called the police because of all the noise after 11pm. He claimed that police had to hold her back from attacking him physically on the day.

Benjamin said they had many issues, including speeding inside the estate and "had tried in vail to address them with the Khathis".

"The difficulty with them is they have a son Junior and I have three young grandkids. Jub Jub always comes to mind.

"They are not seeing the wrongs in their ways, they don't understand that you cannot speed and drive reckless when there are kids around. They need to realise that you live in a communal estate and you must respect others," said Benjamin.

He claimed that on Saturday, Junior and a his friend followed him around in a car, even tailgating him. He captured the moment in a video clip that Sowetan has seen.

"You put my mom in the hospital. So be careful," Junior could be heard saying in the video.

DJ Tira's wife Gugu Khati got major heat on social media for seemingly having a "bad attitude" at the Samas on Saturday night.
Lifestyle
4 years ago

However, Khathi claimed that the O'Neil's are the ones following Junior for the last three years that they have lived there and she even tried to get a protection order but was not successful in court.

"They are crazy. They have called us everything, including criminals because we are always changing cars," Khathi said.

"They even harass my kids outside the estate, taking videos of him (Junior). We are always travelling and I'm afraid for my son's safety."

Benjamin accused Khathi of using her celebrity status to her advantage.

He claimed that on Tuesday, two policemen that were not working on the case arrived at his workplace to arrest his wife, who wasn't there. He claimed that they were accompanied by Junior.

"Our attorney then called the investigating officer and he was shocked as to who the cops were," Benjamin said.

NOT one for small measures, flamboyant DJ Tira threw a trendy baby shower for his wife Gugu Khathi on Sunday afternoon. The intimate and exclusive ...
Entertainment
7 years ago

There's more to Durban than the horse racing

ALL roads led to the Vodacom Durban July last Friday. Phosho also joined in to be part of the much celebrated event. Since Durban is not that far, I ...
Entertainment
11 years ago

A life of fun - 'Men who go there are loaded. If you are looking for a rich man this is a hunting ground to go to'

HE IS Durban's social butterfly and the life and soul of many a party in Durban and beyond. A party without Tha Simelane is so dead it could easily ...
Good Life
11 years ago
Next Article