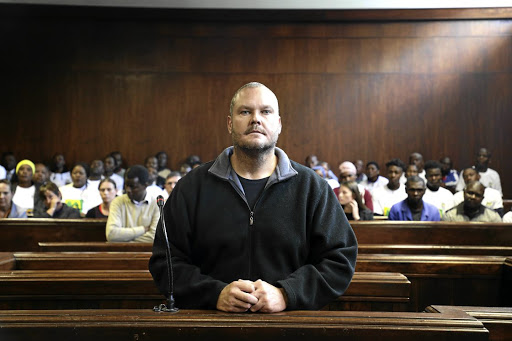 The state has changed a charge of murder against a man accused of killing a car guard into one of culpable homicide.

Yesterday, Lukas van der Merwe, who is accused of killing Vusi Mgiqwa, made a brief appearance at the Springs magistrate's court to learn that his murder charge had been converted to one of culpable homicide.

Van der Merwe was also set to hear a decision by the director of public prosecution, George Baloyi, on his plea bargain.

Baloyi instead took a decision that Van der Merwe be immediately prosecuted on a charge of culpable homicide. He did not provide reasons for the decision.

"In light of this case and also compared with similar cases heard in our courts previously, the only charge that can be proven is that of culpable homicide," said Mjonondwane.

A popular car guard from Springs‚ east of Johannesburg‚ has died after allegedly being beaten by an agitated motorist in the same parking lot where ...
News
3 years ago

Witnesses claimed Van der Merwe knocked Mgiqwa out with a punch, immediately drove off and left him on the ground unconscious. Mgiqwa later died in hospital.

During his bail application, Van der Merwe pleaded not guilty to the murder charge, but admitted to punching Mgiqwa.

Mgiqwa's family said postmortem results showed that he died from head injuries he suffered when he hit the ground.

Yesterday, the family expressed disappointment that the NPA had taken a decision to change the charge from murder to culpable homicide without consulting them.

"We have lost a brother. I do not understand why they did not consult us as family of the victim.

The man accused of killing car guard Vusi Mgiqwa will spend Christmas with his family after being granted bail of R6,500 by the Springs magistrate’s ...
News
2 years ago

"Personally, I have questions for Van der Merwe which I still believe he has to answer. I still want to know what Vusi did to him," said Mgiqwa's sister Jabulile.

"If this man had not punched him, he would not have hit the ground. He did not kill him by mistake. He had intention. There are witnesses that say he went to the car and put on knuckle busters before punching Vusi.

"That is a clear indication that he had intention to kill. You cannot call that a mistake. If he had punched Vusi he should have called an ambulance and not fled from the scene," said Mgiqwa.

Last week, Sowetan reported that Van der Merwe offered the Mgiqwa family about
R50,000 for their suffering as part of his proposal for a plea bargain.

This angered Gauteng education MEC Panyaza Lesufi who rallied the public to match the amount in order for the family to reject what he described as "blood money".

Murder accused admits to hitting man who fell on his head and died.
News
3 years ago

The man accused of killing a car guard in Springs has overcome the first hurdle towards his bail application.
News
3 years ago
Next Article