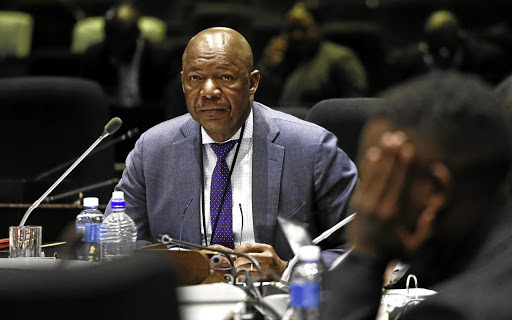 Public Investment Corporation funds went down the drain after it "poorly" invested in an insolvent oil company, owned by an alleged friend of former president Jacob Zuma.

The PIC approved the controversial investment and acquired 30% shares in US oil company Erin Energy (formerly Camac) despite it being "basically insolvent".

This detail emerged at the PIC commission of inquiry yesterday.

Former PIC boss Dan Matjila confirmed that the corporation lost $333m (about R4.6bn) in an investment.

Matjila told the commission that even though the loss was bad, it represented a "fraction of a percentage of PIC's portfolio".

"That's the nature of investments, it does happen that there's bad investments."

The investment into Erin Energy had received bad press as it was labelled "a dodgy investment".

The National Empowerment Fund (NEF) has rubbished Dr Dan Matjila's testimony at the PIC commission of inquiry that there was a push for a R3bn ...
News
2 years ago

Erin Energy, which at the time owned an oilfield in Nigeria, was run by an alleged friend of Zuma, Texan-Nigerian Kase Lawal, its majority shareholder and boss. Matjila was asked if he was aware of the friendship between Lawal and Zuma, and told the commission that he read about it in the media.

Matjila was also asked if he had been aware that Lawal was involved when Zuma received an honorary doctorate from Texas University. Matjila nodded and said he had also learnt about that in the media.

Matjila said the PIC had acquired shares in Erin Energy, then called Camac, at a discounted rate in 2014.

The PIC acquired 30% of Camaco shares on the Johannesburg Stock Exchange and a board seat and presence on its risk and audit committee. Matjila conceded that the investment was a bad one.

The fund that looks after the pensions of 1.7 million current and former public servants was misled by the Public Investment Corporation (PIC) in ...
Business
2 years ago

Former president of the Supreme Court of Appeal judge Lex Mpati is heading the commission of inquiry, assisted by former Reserve Bank governor Gill Marcus and Emmanuel Lediga as commissioners.

The corporation, which manages assets worth more than R2-trillion, mainly for the Government Employees Pension Fund, has faced various allegations of corruption and maladministration.

Matjila also said the PIC went through a "reign of terror" as there were disturbing e-mails and leakages with false allegations against him, including that his son was "irregularly employed" at PIC.

"There was a gentleman who had been appointed the manager of the PIC canteen, who shared my surname. In fact, this Mr Matjila was no relation of mine."

A storm is brewing over an alleged R2.4m undeclared loan advanced by the failed VBS Mutual Bank to former Public Investment Corporation head Dan ...
News
2 years ago
Next Article