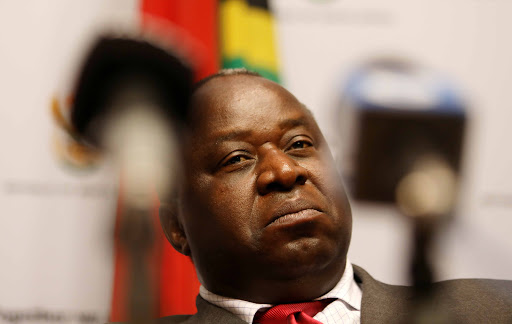 The trade union federation Cosatu has urged minister of finance Tito Mboweni to accept the letter of resignation by the board of the Public Investment Corporation (PIC) and to “move with speed” to appoint a new board.

The PIC board reportedly submitted a letter to Mboweni on Friday asking to be relieved of its duties.

The request comes amid allegations made at the inquiry into the country’s state-owned asset manager which implicate several PIC executives.

Headed by retired Supreme Court of Appeal judge Lex Mpati‚ the commission of inquiry began on January 21 after allegations of deal-making involving political connections‚ as well as allegations against the PIC's former head Dan Matjila.

Welcoming the board’s letter of resignation‚ Cosatu said in a statement on Saturday: “Whilst it is not clear whether or not the PIC Board or some of its members may have engaged in corrupt activities‚ however‚ the allegations are far too serious to ignore. It will simply be untenable for the board to continue to serve with such a dark cloud hanging over them. The board’s continued stay will only serve to distract from President Ramaphosa’s efforts to clean up the mess that is the state.

“Workers and Cosatu are deeply concerned and angered by the constant flood of rumours of mass looting and corruption at the PIC. This is the workers’ hard-earned pension and insurance monies. It's troubling to note that the PIC is being viewed as a petty cash kitty for morally vacuous politicians‚ their parasitic relatives and obnoxious business people.”

The minimum hourly rate is not enough, yes, but it is a huge improvement for those who were earning well under it.
Opinion
3 years ago

The trade union federation also said that the PIC should not be used to bail out looted SOEs that had been brought to the verge of collapse through corruption and incompetence.

“We are also aware that there are circling vultures in the private sector that are campaigning for the depoliticisation of PIC so that they can take it under their own control‚” it added.

“We urge the minister in consultation with the cabinet‚ as required by the law‚ but also more importantly in consultation with organised labour‚ to appoint a board to oversee the most important and largest investment vehicle in the continent. It is time that workers are represented on the board. It is their money after all that is being invested by the PIC. It is the industry norm and requirement that fifty per cent of such boards must be composed of worker representatives.

“Lastly‚ Cosatu urges parliament to urgently pass the PIC Amendment Bill before the end of March. This is a critical tool in the fight against corruption‚” the Cosatu statement read.