Bantu Holomisa concedes to PIC inquiry he has not provided evidence 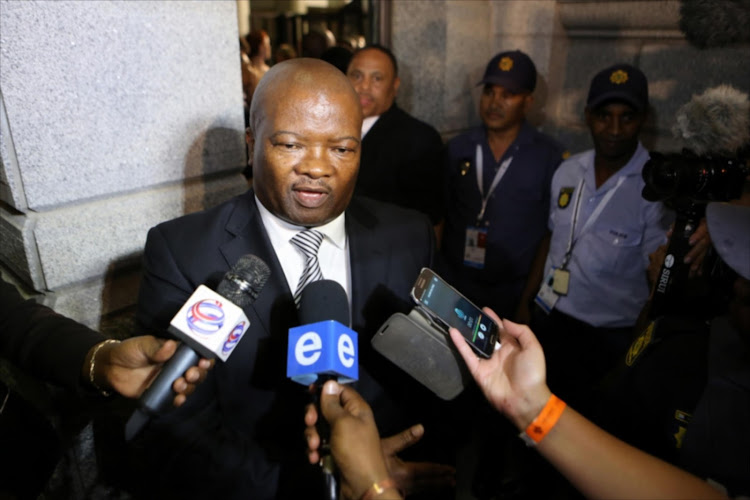 UDM leader Bantu Holomisa has conceded to the PIC inquiry that he made unsubstantiated allegations against some companies.
Image: Gallo Images

UDM leader Bantu Holomisa, conceded on Wednesday that he has not provided  evidence to the commission of inquiry into the Public Investment Corporation (PIC) to support claims he has made against investment managers Harith General Partners and Lebashe Investment Group.

In a letter to the presidency last year, Holomisa accused the two companies of being “in bed" with the PIC’s former CEO Dan Matjila, to benefit from funding deals he would swing their way during his tenure at the state-owned asset manager.

He claimed Harith and Lebashe appeared to be the same company “dressed up differently, which seemingly serves as a twin portal to access PIC funds”.

Holomisa was being cross-examined at the PIC commission on Wednesday by advocate Danny Berger acting on behalf of Harith and Lebashe after appearing before the commission last month.

There is ongoing litigation between the companies and Holomisa, following what Harith and Lebashe deemed were defamatory allegations made by Holomisa. They took him to court last year to seek an interdict preventing him from making and publicising statements they deemed were untrue.

The high court found in Harith’s favour and granted the interdict. Holomisa has subsequently filed an application for leave to appeal, which is yet to be heard.

Holomisa appeared to have made the same statements while appearing before the commission last month, prompting an application from the companies seeking the right to cross-examine him.

After making the concession that he had not provided any evidence to the commission to support his allegations regarding the two firms, Holomisa attempted to evade questions from Berger. At one point, Holomisa even tried to reply to questions with questions of his own.

“I am going to keep on throwing these questions [at you] to empower the commission,” said Holomisa. “You do that,” said Berger in response.

What little that could be agreed on was that Harith did borrow R25m from the PIC as “seed capital” shortly after it was established in 2006, and that this loan was repaid with interest.

“The general [Holomisa] has omitted to inform the commission that he is in litigation with us in court concerning the allegations he has made against us. He is essentially asking the commission to ask questions that he already has the answers to,” said Pule Molebeledi, head of stakeholder engagements at Harith.

Harith and Lebashe are also seeking damages for defamation from Holomisa. The case is yet to be heard.