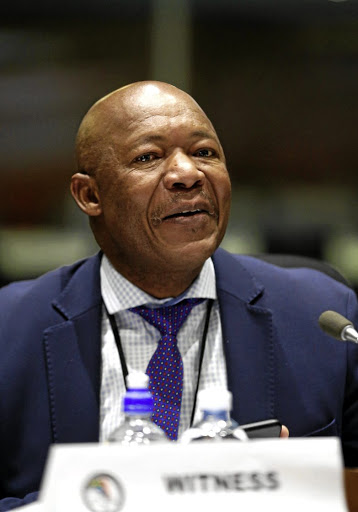 The National Empowerment Fund (NEF) has rubbished Dr Dan Matjila's testimony at the PIC commission of inquiry that there was a push for a R3bn funding from the corporation despite the NEF not meeting the requirements.

Matjila, who was on the stand this week, told the inquiry that when former deputy finance minister Sifiso Buthelezi became chair of the PIC in 2017, a R3bn request to fund NEF, run by Buthelezi's sister Philisiwe Mthethwa, was made.

A R1bn funding request was turned down in 2016. However, when Buthelezi was appointed deputy minister, the request for increased funding of R3bn "was resuscitated".

Matjila referred to this as one of the examples of transactions "which involved political pressure".

He said despite the push and a second, fresh look into the NEF request for R3bn, "NEF still failed the test".

Matjila said the NEF could not be funded because it was making losses and this could eat into any new investment the PIC makes unless there was a change in its structure.

In a statement, NEF spokesperson Moemise Motsepe said its engagements with PIC predate appointment of Buthelezi in 2017.

"The NEF is on record through numerous presentations to parliament and various other public platforms including its Annual Reports over the past three years that as part of efforts to secure recapitalisation, the NEF has been in discussions with a variety of stakeholders, including PIC," Motsepe said.

"All these engagements predate the appointment of Mr Sifiso Buthelezi in March 2017 as deputy minister of finance, a position he has since vacated."

Motsepe said linking NEF's application to Buthelezi "is therefore ahistorical at best, and is mischievous, paternalistic and dishonest at worst. The NEF has dutifully and diligently declared any potential political exposure in writing to the PIC."

He said due to the fact that the PIC manages UIF funds, the NEF then had "various engagements with the PIC dating back to 2015, and applications for a PIC facility were then submitted.

"In early 2017, the PIC concluded a due diligence process and the application went through the relevant approval structures, including the executive committee of the PIC. In keeping with an established hallmark of the NEF, all interactions were above board, transparent and accountable, and were conducted with integrity," Motsepe said.

He said the NEF was still awaiting a written response from the PIC and has had "no need to appeal for intervention from any quarter, and if such an appeal were ever to materialise, it would be channelled correctly through the department of trade and industry".