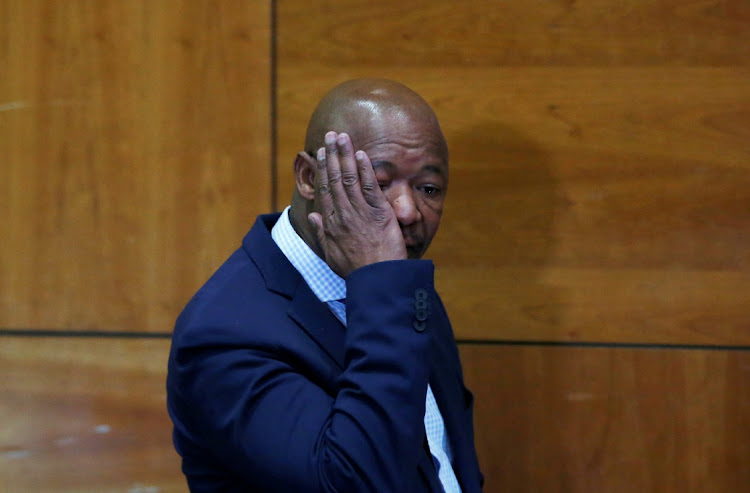 A day after the Public Investment Corporation's (PIC’s) former CEO, Dan Matjila, described the intense pressure he felt from senior politicians and influential figures to fund transactions, he admitted facilitating funding for the ANC at the request of a “top politician”.

Matjila declined to name that politician. However, following a request from Business Day to have the name disclosed, PIC inquiry evidence leader Jannie Lubbe told the commission it was current health minister and former ANC treasurer-general Zweli Mkhize.

“I was asked if I could contact some of the people that had been funded by the PIC to contribute towards the ANC’s 2016 January 8 statement [event],” Matjila told an inquiry into the PIC on Wednesday.

The Public Investment Corporation (PIC) confirmed the authenticity of a forensic report that found its former CEO, Dan Matjila, unduly benefited from ...
News
2 years ago

The request came after the same individual asked the PIC to support the event, and Matjila declined, saying the state-owned asset manager was not allowed to contribute to political parties.

The January 8 statement is a prominent feature on the ANC's calendar and is accompanied by a range of events around the country.

Mkhize was ANC treasurer-general at the time.

Matjila says he agreed to facilitate the request by contacting business people who had received funding from the PIC. This included Sipho Mseleku from the Sakhumnotho Group, Lawrence Mulaudzi from Kilimanjaro Capital and Siyanda Resources chair Lindani Mthwa.

This appeared to surprise one of the inquiry's commissioners, former Reserve Bank governor Gill Marcus, who questioned why Matjila was involving himself in supporting the request at all.

“Why would you pass on such a request? This would create the impression that you can’t get on the wrong side of Dr Matjila. This is a very compromising role as CEO of the PIC. Why did you pass this on?” asked Marcus.

Matjila responded: “I was simply relaying the message of the senior politician. I told him we [the PIC] are not allowed to do this [fund the ANC]. But he told me to pass this on.”

Former Public Investment Corporation boss Dr Dan Matjila has refused to name a "top politician" who asked him to approach businesses which were ...
News
2 years ago

Matjila was not aware if the business people he contacted did, in fact, make donations.

Matjila has made numerous statements in relation to the pressure he was under during his time at the PIC.  He said he was also frustrated by political meddling in the organisation, much of which was created by the practice of appointing the deputy finance minister as the chair of the PIC.

The inquiry has heard evidence from several witnesses who flagged Matjila as playing a key role in approving questionable deals. He has denied this.

The inquiry was appointed by President Cyril Ramaphosa in 2018 to investigate allegations of governance failures at the PIC, which manages more than R2tn in government employees’ pension money and other government funds.