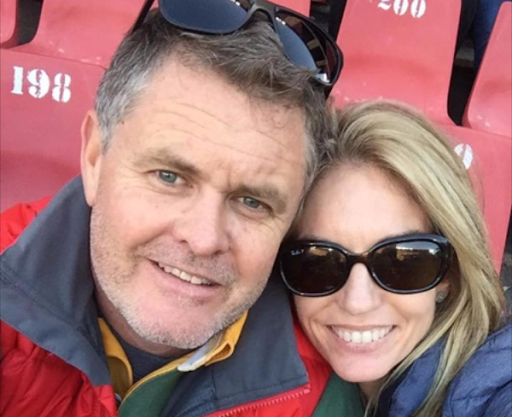 Susan Rohde’s estate has paid R2.9m to her husband, Jason, to fund a defence that failed when he was convicted of murdering her.

This was revealed on Wednesday by the administrator of Susan Rohde’s estate, David Anderson, who was giving evidence during Rohde’s sentencing proceedings in the High Court in Cape Town. Rohde is the estate’s beneficiary.

Anderson told Rohde’s advocate, Graham van der Spuy, that there was only R80,000 in cash still available for distribution, and that he would be unable to finalise the estate until Rohde’s criminal proceedings were concluded.

He said Susan’s mother, Diane Holmes, had offered to loan the estate R500,000 so that it could continue to fund the education and maintenance of the couple’s three daughters.

Prosecutor Louis van Niekerk handed Judge Gayaat Salie-Hlophe confirmation from Stellenbosch University that the Rohdes’ twins, Alexandra and Josie, who have just written their matric exams, had been accepted to study there in 2019.

Jason Rohde’s three daughters are standing by him as he faces sentencing for murdering their mother.
News
3 years ago

Anderson said annual expenses for the twins and the Rohdes’ eldest daughter, Katie, were expected to amount to about R250,000 a year.

He told the court that a Liberty Life insurance policy on Susan's life, which named Rohde as the beneficiary, was expected to pay out R2.6m. When this amount reached the estate the financial pressure it was facing would ease.

Anderson was the first prosecution witness to testify in aggravation of sentence for Rohde, who was convicted on November 8 of murdering Susan at Spier, in Stellenbosch, in July 2016.

Proceedings were delayed when power cuts hit the high court at 10am. The court sitting resumed after 12.30pm. Rohde arrived in court in handcuffs after spending the last four weeks in Pollsmoor prison.

Anderson was followed into the witness box by Dr Naeemah Abrahams of the Medical Research Council. Abrahams is a global expert on femicide, which she described as the killing of women by their intimate partners.

The Rohdes’ three daughters are expected to give evidence in mitigation of their father’s sentence.

Rohde, a former Lew Geffen/Sotheby's International Realty CEO, was also convicted of attempting to defeat the ends of justice by staging the murder as a suicide.

Judge Salie-Hlophe found that Susan's death was consistent with manual strangulation and asphyxiation through external airway obstruction, such as smothering with a pillow.

Jason Rohde has been found guilty of murdering his wife Susan at the Spier Wine Estate in July 2016.
News
3 years ago

She found that Rohde had tried to make it look as though his wife had hanged herself with the cord of a hair iron from a hook on the back of the bathroom door in their hotel room.

Of Rohde’s testimony, she said: “It was fraught with inconsistencies and he was economical with the truth.”

She conceded that Rohde did not have a history of violence but detailed how the love triangle between the couple and Rohde’s mistress, estate agent Jolene Alterskye, had reached a climax during a company conference at Spier where all three were present.

She said that “Susan’s ill-fated discovery” of an affair had been followed by “months of trauma”.

She concluded that Rohde had murdered Susan in the bedroom and then dragged her across the carpet and simulated the suicide in the bathroom.

He had been “ducking and diving the truth” just as he had done with such aplomb in his extra-marital affair, she said.