Increase in car crashes on N3 to Durban 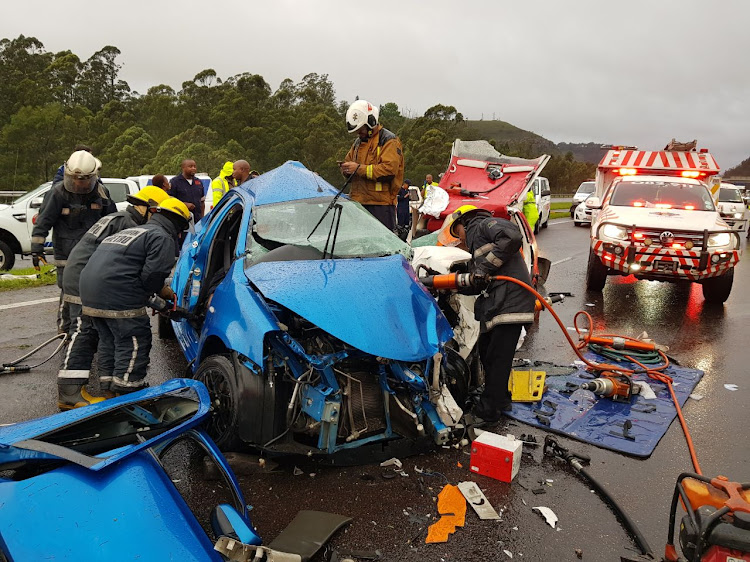 Car accidents on the N3 are on the increase.
Image: RESCUE CARE

The number of car crashes on the busy N3 route towards Durban has increased by 12.5% in the past 10 months.

Fatigue is a big issue

According to N3TC’s Miles le Roux, over 70% of light motor vehicle crashes were attributed to human error while over 80% in heavy vehicles was also due to the same error.

“The guy behind the wheel is responsible for 70% of the problem. The car is about 12%,” said Le Roux.

“Fatigue is a big issue.”

About 26% of the crashes are due to the vehicles leaving the road, 19% are due to the cars rolling and over 16% are head-on collisions which, according to Le Roux are all human errors.

“Those are nearly 60% of all the crashes. If we could deal with that, we could reduce our crashes substantially.

“Vehicles rolling [and] vehicles leaving the road: that’s about speed, that’s about people falling asleep behind the wheel.”

A seven-car pile-up has closed the N3 highway between Johannesburg and Durban.
News
4 years ago

He said they had tried different methods to lower the number of crashes, especially with heavy vehicles.

“We obviously talk to the Road Freight Association because it’s their drivers. We also reach out to the drivers themselves to try to warn them to please take a break,” he said.

To drive the point even further, Le Roux said that over 77% of the crashes occurred in clear visibility while only 13% happened in the rain.

“If you’re on HIV-antiretroviral treatment, one of the side effects is fatigue and a lot of [truck] drivers are taking antiretrovirals, they eat a poor diet and that encourages fatigue. So we’re trying to help our drivers in our wellness programme to eat better.”

A 35-year-old man was arrested on Sunday after he drove 218km/h on the N3 southbound between the Geldenhuys interchange and the Rand Airport turnoff ...
News
3 years ago

With the festive season fast approaching, Le Roux, who works on the busy N3 route towards Durban, said they have different programmes to help them deal better with the bumper traffic as people start flocking to the coast.

Among others, they are relying on the 24-hour Route Control Centre where they monitor the N3 through cameras and physical patrollers - which helps with maintaining the road, picking up litter and assisting stuck road users with anything from fuel to replacement of tyres.

According to N3TC, traffic heading towards the coast is expected to pick up from December 16 with over 20000 vehicles passing through the N3 toll route a day.