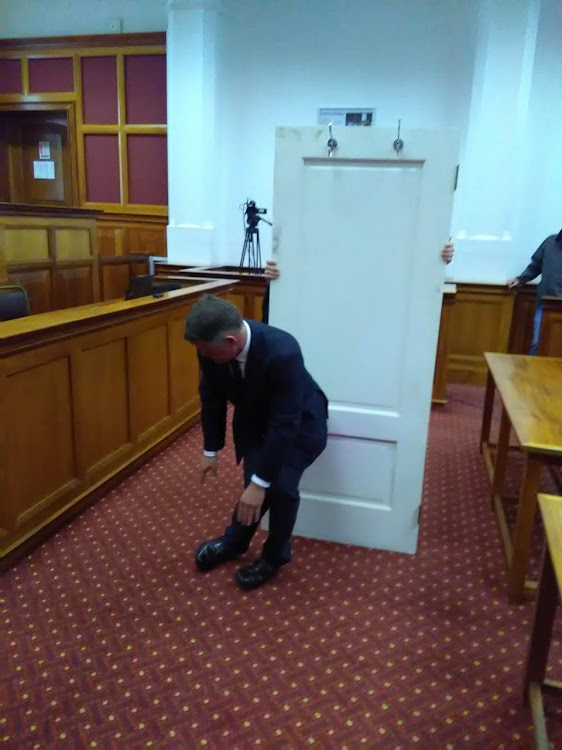 A second expert hired by property mogul Jason Rohde agrees that his wife hanged herself.

Forensic pathologist Dr Izak Loftus concluded his testimony in the high court in Cape Town on Tuesday. Before he stepped off the witness stand‚ Rohde’s counsel‚ Graham van der Spuy‚ asked for his opinion on Susan’s death.

“I believe beyond reasonable doubt that the deceased on that morning hanged herself‚” said Loftus.

“She did not die instantaneously. She was rescued [and] she was unsuccessfully resuscitated‚ in that moment passing urine. That was the process of dying.”

Forensic pathologist Dr Reggie Perumal – who was also hired by paralympian Oscar Pistorius during his murder trial – testified in Rohde’s defence in June and also supported his version of events.

The former Lew Geffen/Sotheby’s CEO has pleaded not guilty to murdering his wife. The couple have three daughters and had been married for more than 20 years at the time of her death.

The state is convinced Rohde killed his wife at a company conference at Spier‚ near Stellenbosch‚ in July 2016. She was found dead with the cord of a hair iron around her neck behind a locked bathroom door.

Based on its post-mortem report‚ the prosecution alleges Rohde beat Susan and dealt debilitating blows to her chest‚ causing several rib fractures‚ before smothering her with a pillow and faking her suicidal hanging.

Susan insisted on attending the event as she was suspicious of Rohde after finding out five months earlier that he was having an affair with Cape Town estate agent Jolene Alerskye.

Loftus said the rib fractures could have been caused by CPR. Rohde’s former colleague‚ Mark Thompson‚ testified last year that he and Rohde performed CPR on Susan when he arrived at the scene.

The trial continues on Wednesday.

Stools and urine could be key to establishing whether Jason Rohde’s wife‚ Susan‚ was killed before she was hanged.
News
3 years ago

The expertise of one of murder accused Jason Rohde’s defence witnesses has been questioned.
News
3 years ago

The Jason Rohde murder trial was abruptly adjourned on Tuesday after his counsel complained it had been “contaminated”.
News
3 years ago

State, Jason Rohde head to head on circumstances of how his wife was found

"All of this is a lie!"
News
3 years ago
Next Article