Mother haunted by image of daughter dying in packed bus 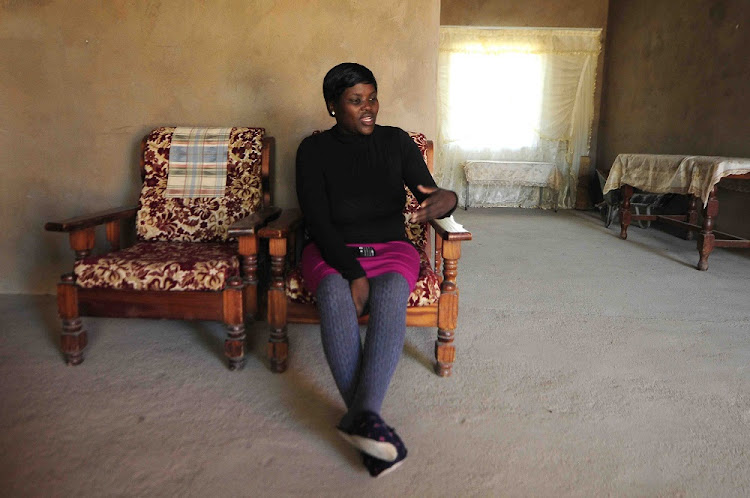 Khanyisile Masombuka, 33, talking about her 8 year old daughter Nompumelelo Masombuka who died while travelling in a bus not suitable for transporting critical patients from Mmametlhake Hospital.
Image: Thulani Mbele

Khanyisile Masombuka, 33, is haunted by the image of her dying child inside a rickety bus used to transport patients from one Mpumalanga hospital to another.

Masombuka's eight-year-old daughter, Nompumelelo, died last Monday during a two-hour journey from Mmametlhake Hospital to Witbank. She had been admitted to the hospital for TB meningitis.

Masombuka spoke to Sowetan from her home in GaPhaahla in Siyabuswa, Mpumalanga, days after her daughter's burial.

She said Nompumelelo had been transported in a 32-seater bus with no life support equipment despite being in "critical condition".

"There was nothing to show that this is a bus for patients, not even an oxygen machine. It was cold, full and uncomfortable," Masombuka said.

"There wasn't enough room for her to lie down because the seats are close together."

She said after a while Nompumelelo stopped crying.

"I thought she had fallen asleep but [then I] noticed that she was not breathing.

Concoctions lead to hundreds of babies dying in hospital

Scourge affects women who believe in drinking 'makgorometja' at childbirth.
News
3 years ago

"I shook her and tried to open her eyes but she was
not responding," Masombuka said. "That's when I called out for the nurse who was sitting at the front."

Masombuka then watched helplessly as the nurse tried to resuscitate her daughter by performing basic CPR but when they arrived in Witbank the little girl was declared dead.

"My heart is broken. I don't want to see that bus ever again because it will remind me of how my child died.

"I don't think sick people should be transported like that, it is not right. Why didn't they put her in an ambulance?" she said.

Masombuka said Nompumelo's condition had resulted in her losing her sight but she had responded when spoken to.

She said in the days leading up to her death, Nompumelelo had spent time with her siblings at home.

"They were so happy to see her because she was always in the hospital," she said.

Masombuka said Nompumelelo was not very talkative but enjoyed playing and singing.

With tears streaming down her face Nompumelelo's grandmother, Catherine
Masombuka, 80, said she had enjoyed going to church with her granddaughter.

"I thought we would see each other again but she died on the road just like that," Catherine said.

"I will miss the sound of her laughter and those big, bright eyes of hers."

He said Nompumelelo had been scheduled for an operation in Witbank.

Malamule said it was normal for nurses to accompany patients provided the person had been declared stable.

"Where a patient is deemed critical, that particular patient is transported by ambulance."

Malamule said more ambulances were needed as demand continued to grow. "That is why each financial year, the department allocates a budget to purchase new ambulances."

Nurses are 'forced to be escorts' on long trips