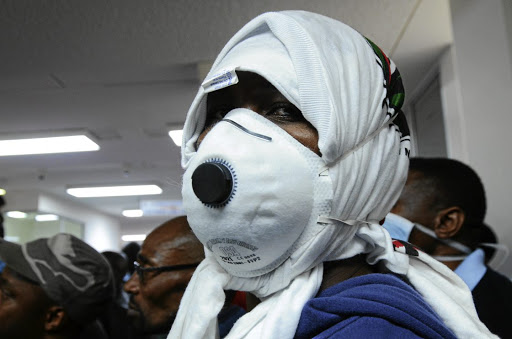 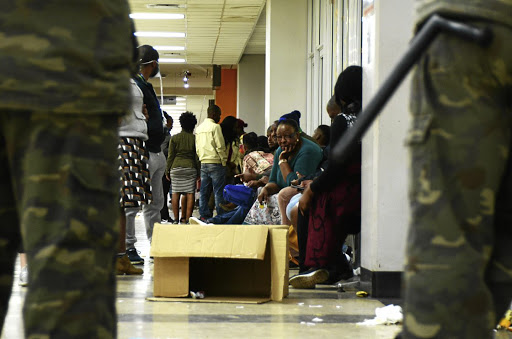 They were speaking at a press conference at the hospital late yesterday after it was plunged into chaos by striking workers earlier in the day. The workers blocked entrances with rubbish, rocks and burning tyres.

At the reception area, workers belonging to various unions had blockaded the glass doors with hospital furniture while singing struggle songs. A shutdown of health services in Gauteng is looming with workers demanding higher wages and benefits owed to them, including performance bonuses from 2016.

Provincial chairman for the National Health Education and Allied Workers Union, Lulamile Sibanda, said health workers across the province were joining in on the picketing because they were tired of empty promises from the provincial health department.

Motsoaledi said the striking workers at Charlotte Maxeke hospital have forced nurses out of the facilities and "[man]handled a doctor who was carrying a baby to theatre. What then do you say about that baby?" he asked.

He said the hospital was supposed to do 50 operations yesterday but only managed to perform 19 due to trashing of the theatre. The minister said he will speak to the police to hunt down and arrest those who were involved in the strike.

"I would be very scared as a minister if I could find a person working here as a cleaner or general worker, who's got the audacity to get into theatre and stop people from performing an operation. That person is a murderer and we can't have a murderer in our midst."

He labelled the striking workers as hooligans who went to theatre and took all the theatre masks and covered themselves.

He added: "The Gauteng health department doesn't deny that it owes them that money and I understand that the matter was even discussed in the Gauteng cabinet about the process to start paying them."

Ramokgopa warned that not all workers will receive bonuses, which were performance-based. She said the department has scheduled a meeting with workers today in an attempt to resolve the issues.