Doctor's plea lands him in trouble 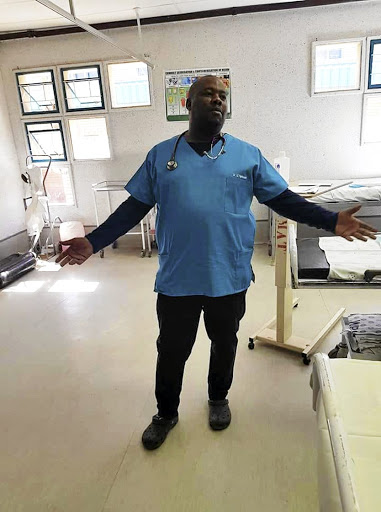 Dr Lufuno Rambuwani has asked for donations to buy heaters.

A Limpopo medical doctor's desperate plea for a R15000 donation from members of the public to buy heaters for his hospital has angered the provincial health department.

The letter, which was shared on social media, states that patients at the hospital were suffering from the winter's bitter cold because windows in some wards were broken.

"It is with great sadness and embarrassment having to write this letter to you. Our very sick patients, our relatives are admitted in the wards with broken windows," the letter reads. "In the name of Ubuntu I humbly request your financial assistance in raising R15000 so that we can buy 50 heaters to mount on the walls of our female and male paediatric ward."

The letter also mentions that doctors at the hospital had agreed to contribute R250 each for one heater.

When contacted for comment, Rambuwani said he could not speak to media regarding the issue.

Provincial health spokesman Neil Shikwambana said the department distanced itself from the letter and the issues that it raised.

He said the department would take disciplinary action against anyone found to have acted wrongfully.

"As a department, we condemn the unfortunate and regrettable action by the said senior doctor for requesting donations without following due process as outlined in the Treasury regulations on gifts, donations and sponsorships," Shikwambana said.

He said they had looked at the hospital's procurement plan, which reflects that there had been no formal request for heaters.

However, some people, including former MP Motshwane Ishmael Malale, commented on Facebook criticising the department.

"The doctor was in fact raising an issue that exposes the rot in the health system. Only weak leaders will focus on him and ignore the elephant in the room," Malale wrote.

Spokesman for the national Health Department Foster Mohale said they were aware of the letter.

"We accept all the warning signs on the state of our health system and will act swiftly to avoid preventable circumstances," Mohale said.